A “flagship policing hub” is to be created in Northampton town centre as part of major plans to streamline the police and fire estate. 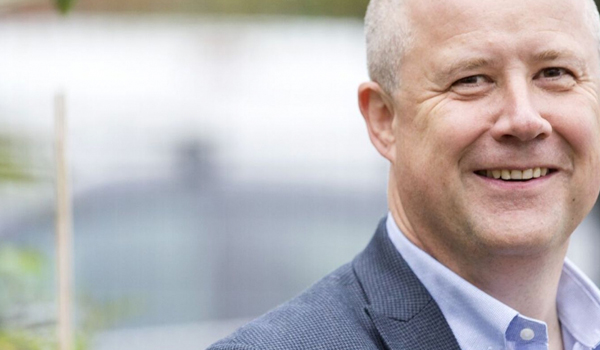 A number of police and fire stations will eventually close as Northamptonshire’s police, fire and crime commissioner Stephen Mold looks to provide “best value for the public” with a blend of shared buildings and remote working.

The changes underpin a new focus on neighbourhood policing and increased joint working between the police and the fire and rescue service.

Northamptonshire Police Chief Constable Nick Adderley said it was a “once in a generation opportunity” to relocate response teams into the heart of a high priority area.

Campbell Square police station in the centre of Northampton is to be transformed into the flagship central policing response hub to better serve the needs of the public and the main county town.

At the same time, a neighbourhood base will be created in Weston Favell, and the old station there will be sold.

Mr Mold said streamlining the police and fire estate will make sure it is affordable in the future and that money is focused on the front line. The estate will also change to meet the community focus of both organisations.

“The economic shock of the pandemic shows more than ever that we need to be prudent, to make sure our buildings are affordable and provide best value for the public’s money,” he said.

“The pandemic has also shown that officers and staff are more able to work away from an office setting than they ever have been and we have a blend of remote working, with a shared building that enables police and fire to work together in a good quality business environment.

“We have made significant investments in Northamptonshire Police over the last four years. We have more police officers than ever before and have been able to expand neighbourhood policing teams. Our police and fire buildings need to put neighbourhood officers in the heart of the community and to be shared, so that they cost taxpayers the least money possible.”

Mr Mold said the police and fire and rescue service will share buildings wherever possible.  The two services already share some support teams and the move to joint buildings will encourage even closer working and strengthen support to the front line.

He said the move also supports the force’s new focus on neighbourhood policing, which will see a growth in the number of neighbourhood officers who will be based in communities and more visible and accessible to the areas they serve.

“This is a once in a generation opportunity to relocate our response teams into the heart of a high priority area, which accounts for a significant amount of the whole county’s crime, and put our resources where they need to be to focus on tackling crime and keeping people safe.”

Weston Favell is currently the town’s main response base. It is in a poor state of repair and no longer meets the needs of policing in the area, explained Mr Mold.

He said the building at Weston Favell is 40 years old and needs significant repairs – work that would cost more than the building is worth. Even if these repairs were carried out, the building does not meet the current operational needs of the force or the community.

He said: “Weston Favell police station is a very poor environment to work in and is not in the right place to support the delivery of the best service.

“Moving our response base to Campbell Square and putting our neighbourhood team in a smaller base in the eastern district means our police officers and staff are readily available in the heart of the communities they are required to police. I also believe that creating a better working environment will manifest itself in better delivery of service to the public.”

The longer-term plan to move out of the current Weston Favell station supports the broader strategy of streamlining the number of buildings in the police and fire estate: sharing buildings rather than owning two nearby sites; disposing of those that are expensive to run; and providing visible, accessible, practical bases in communities. This will manage costs and allow funds to be focused on the delivery of frontline services.

Over the coming months and years, there are plans to develop the fire stations at Daventry and Towcester into shared police and fire buildings and to dispose of the nearby police stations.

A new, joint garage workshop has been purchased in Earls Barton which will be the base for a joint police and fire fleet team and will open the way for further streamlining: The old fire service headquarters at Moulton will now be sold and the small retained fire station in Earls Barton eventually be disposed of, with a new fire station being incorporated into the new workshop site, subject to any future planning permission.

Work will now begin to improve Campbell Square, including the creation of a new public inquiry desk, in preparation for the move out of Weston Favell to begin at the end of this year.

Mr Mold said: ”The needs of the community and the aim to provide the best standard of policing are the top considerations when making decisions about the estate. But I also have a duty to the public to ensure that we spend the least money possible on buildings and focus on the people and services that keep the county safe.”

Chief Fire Officer Darren Dovey of Northamptonshire Fire and Rescue Service, said: “These are significant changes that will help us to strengthen the departments that support our fire service front line.

“Sharing buildings and stations with the police, such as our new headquarters at Darby House in Wellingborough and various stations around the county, will also help to drive more joint working for the benefit of the community. This makes absolute sense for the people of this county and it will help us towards the support we need as we adapt and transform the way we serve the public.”