A force is making all its new recruits register on a `service lifetime` DNA database as a safeguarding measure for officer profiles deemed at risk of contaminating crime scenes. 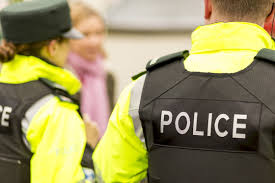 A force is making all its new recruits register on a `service lifetime` DNA database as a safeguarding measure for officer profiles deemed at risk of contaminating crime scenes. And the new move by the Police Service of Northern Ireland (PSNI) has been applauded for its potential to speed up investigations and assist in early detection work. Serving members who attend crime scenes, searches or deal with seized items have also been asked to give samples of hair or saliva for a special “elimination” list excluding them from investigations if their information is inadvertently picked up as potential evidence. The safeguard is designed to protect officers from having their details loaded on the system as an unresolved crime scene profile and speed up the investigatory process, the PSNI said. Instead, they will be kept separately from the database used to solve crime and destroyed once the officer leaves policing. The PSNI added: “Police officers` DNA elimination profiles will be held during the full time of police service and for 12 months after a police officer leaves the service. “This is to enable elimination screening for cases that may take several months to process through the usual forensic channels.” The measure centres on the profiles of officers deemed at risk of contaminating crime scenes and evidential materials during their work. Newly published PSNI guidance added: “Subscription to the Police Elimination Database (PED) will be mandatory for all new officers. “A sample may be taken during the PSNI student officer training programme.” DNA profiling techniques have developed and high investigative value is placed on the technology, the force said. Unattributed DNA profiles taken during checking of a crime scene are usually added to the DNA intelligence databases; and in serious crime may well form the bases for extensive further investigative processes like mass screening. The PSNI added: “The purpose of a DNA elimination database is to reduce to a minimum the risk of such actions being taken, on what are in fact contaminated DNA profiles from police personnel.” The Police Federation for Northern Ireland was consulted on the changes and said they were designed to improve the overall efficiency of crime scene investigations. Chairman Mark Lindsay said: “Anything that helps towards early detection or apprehension is to be welcomed. “These changes will also mean less frustration for investigating officers who will deliver professional policing with a more streamlined and robust system in place.”