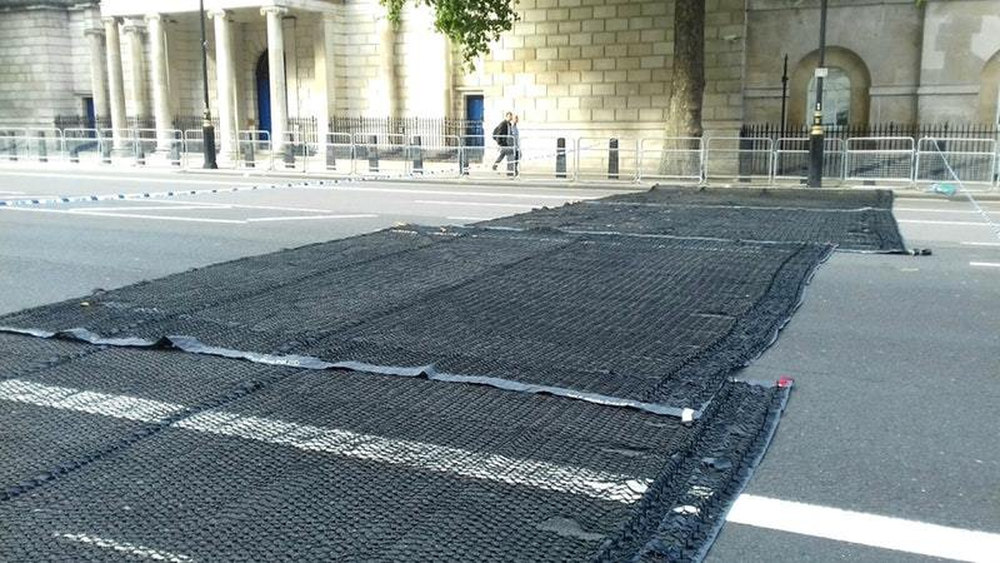 Britain`s biggest force has unveiled a strategic `weapon` to counter mass-casualty terror attacks by vehicles targeting crowds. The Metropolitan Police Service (MPS) says the new spiked net is designed to stop vans and lorries weighing up to 17 tonnes  literally in their tracks. The hostile vehicle mitigation equipment, known as Talon, can be deployed by two officers in less than a minute. The speed and low manpower required means that the nets can be relocated very quickly if necessary. It was displayed for the first time at the Naval Association Parade in Whitehall on Sunday (September 10). It is part of an overall plan to tackle terror attacks using vehicles in the wake of atrocities at Westminster, London Bridge and Finsbury Park. Barriers have already been installed on nine bridges in London as well as other popular tourist sites. The new kit, similar to the smaller police `stinger` spike strip, is equipped with tungsten steel spikes to puncture the tyres of a vehicle before the net becomes tangled around the front wheels, bringing it to a halt. The system is also designed to ensure that the vehicle skids in a straight line significantly reducing risk to crowds and producing a well controlled stop after which officers can engage with the driver. When the equipment is deployed, signs are placed in front and behind the net site advising both road users and pedestrians that there are spikes on the road and to follow instructions provided by officers. The MPS said the net is likely to become a familiar sight at events across the capital. Chief Inspector Nick Staley of the MPS`s Protective Security Operations Unit said: This equipment undoubtedly has the potential to save lives and is just one of a number of measures being taken to provide protection to crowds attending major events in London and reassuring businesses, workers and visitors as they go about their daily lives.