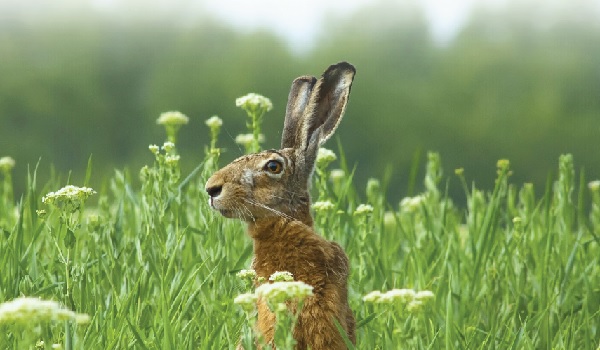 Chief Inspector Phil Vickers said police colleagues have “long been frustrated that hare coursing legislation did not adequately reflect the suffering of human and animals”.

However, under tougher sentencing and improved powers introduced in the Police Crime Sentencing and Courts Act 2022, anyone caught hare coursing will now face an unlimited fine and up to six months in prison.

“These new powers will better equip police forces to prevent cruelty and offending, targeting those who cause the greatest harm to our rural communities and wildlife, said Chief Insp Vickers.

“These changes have been made possible through collaboration with rural police forces, the Crown Prosecution Service and government. I am grateful for the support we have received in getting to this point.”

Hare coursing – an illegal activity where dogs are used to chase, catch and kill hares – is a serious problem in some rural areas. Not only does it involve cruelty to wild animals, it is also associated with a range of other criminal activities, including theft, criminal damage, violence and intimidation.

Thirty-two forces are already working together as part of Operation Galileo to tackle the criminals who cause harm through hare coursing and other criminality.

These new measures strengthen law enforcement for hare coursing by increasing the maximum penalties for convictions under existing legislation, introducing new criminal offences and new powers for the courts to disqualify convicted offenders from owning or keeping dogs.

Environment Secretary George Eustice said: “Hares are an iconic and much-loved species. These tough measures will clamp down on the scourge of hare coursing, which blights rural communities up and down the country, and support the excellent work which the police are doing to tackle these often persistent offenders.”

Brown hares are widespread across the UK but numbers are declining and are now estimated at less than half a million in England. An iconic sight in the British countryside, they are known for their long, black-tipped ears and fast running – reaching speeds of 45mph – and are most commonly found on arable land and open grassland. Brown hares face a range of threats, including poaching and habitat loss.

RSPCA head of wildlife Adam Grogan said: “We’re pleased to see the legislation to crackdown on hare coursing has now come into force. It’s a barbaric bloodsport that sees hare cruelly chased, caught and killed by dogs. It’s high time hare coursing was consigned to the history books where it belongs.

“Hare coursing gangs inflict fear and suffering on their targets – the hare – but our rescue teams have also seen many dogs, used for coursing, coming into our care having been injured during the sport or abandoned when their owners no longer have use for them.

“This new legislation will give police and the courts more powers to end this cruel practice and the suffering it causes.”