Leicestershire Police is launching a new pilot initiative that will see members of the community partnering with neighbourhood officers to walk the beat.

The project, called Neighbourhood Active, will initially be trialled the St Matthews and St Peters area of the city, and Lutterworth, and it is hoped it will create community cohesion and empowerment among local residents.

Working with the police, Neighbourhood Active members will take part in engagement walks, to provide visible reassurance among their communities. Patrolling in pairs, the volunteers will be equipped with a ‘Neighbourhood Active’ high-visibility jacket and through their phones will be able to stay in contact with their local beat team, log and map any issues or areas of concern and, utilising community apps such as ‘Fix My Street’ and ‘Love Leicester’, be able to report a wide range of issues.

Inspector Yakub Ismail, commander for East Leicester Neighbourhood Policing Area (NPA) said: “We’re looking forward to bringing our community members on board – they’ve received some comprehensive training covering a whole host of things they may encounter while on patrol and I know they’re excited to get out there serving their community.

“As they are residents in their area they’ll be patrolling, they’re alive to the issues and know what areas need special attention. And as the inspector I’m looking forward to building a relationship and problem solving with them.”

The group of around 22 mothers will join officers on patrol to speak with children in the area about suitable places they can go to socialise, as well as telling them about local activities they can participate in.

One of the community volunteers taking part, Rukhsana Hussain, said: “As a coordinator for Neighbourhood Active in East Leicester I’m really excited to start the journey and to be a part of one of the communities actively coming together and forming an alliance with Leicestershire Police.

“We have created a structure that focuses on engagement, building a safer community that can grow stronger through positive change. Every individual has a right to live in their community as a contributor to goodness.”

All the community participants have taken part in different workshops to assist them in their roles. The sessions, run by Chief Inspector Kam Mistry, who is overseeing the whole project, included discussions around stop and search procedures, a visit to a custody suite, lessons on cyber security, an overview of knife crime and making sure everyone is first aid trained. This is aimed to help when everyone is out on patrol and speaking with the community about their concerns.

Chief Insp Mistry said: “The training was carried out to give everyone an idea of the vastly different things they may be asked about while out on patrol in their areas. Now the training’s done and their vetting is complete, I’m excited for them to get out in the communities with the officers and making a difference where it matters to them. Their dedication is inspiring, and I want to thank all the volunteers across both East Leicester and Lutterworth; they all have my full support.”

Inspector Jim Purdie, commander for Harborough and Wigston NPA, is overseeing the Lutterworth strand of Neighbourhood Active. He said: “There is a real sense of community in Lutterworth so I’m hopeful this new initiative will only strengthen those community ties and also provide an opportunity to build on the relationship between the local police and residents.

“Our team of Neighbourhood Active members are all Lutterworth residents; people from various backgrounds and of different ages to enable us to engage with all residents across the community.”

Leicestershire police and crime commissioner Rupert Matthews is supportive of the project and said: “This is exactly the kind of scheme needed to bring communities together and empower local people to work in collaboration for change.

“I have promised to deliver every possible policing resource to make our streets safer but I also believe there are many benefits to encouraging residents to work hand-in-hand with the police to restore peace and pride among our communities and proactively solve problems.

“The Government has set out ambitious plans to reengage police with their local communities and reduce fear of crime and this is a fine example of that approach. I wish the trailblazers of this initiative. who have offered their eyes and ears for the good of their neighbourhoods and Leicestershire Police, every success in this exciting venture.” 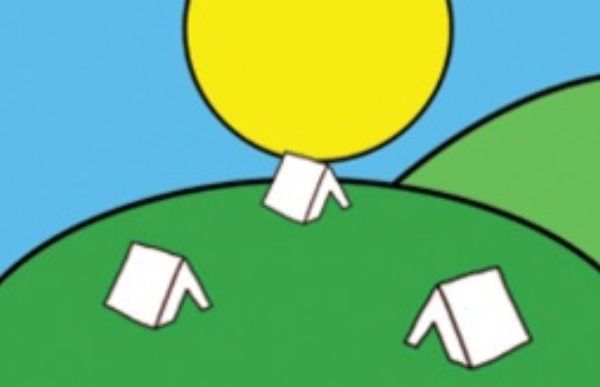