Police officers across England and Wales are to receive specific training on the implications of using a Taser in the presence of a child. 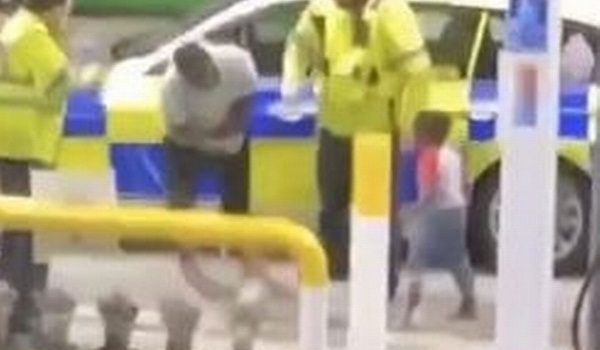 The incident was captured on video and widely shared on social media.

It follows an investigation by the Independent Office for Police Conduct (IOPC) into complaints made by a man who was repeatedly Tasered during his arrest by officers from Greater Manchester Police (GMP) on a petrol station forecourt in Stretford while a five-year-old child was with him.

The IOPC’s final report and statutory learning from the investigation has been published today (April 12). It made the following five recommendations, all of which have been accepted.

The IOPC investigation, which concluded in May 2021, looked at nine complaints made by the man regarding the actions of officers during and after the arrest. It examined the use of force by the officers and whether the man had been treated less favourably because he was black.

A statement issued by the IOPC said: “While the evidence did not indicate the man had been treated less favourably due to his race, we did find learning for the officers regarding frequent references to a person’s strength or size when justifying use of force as this can align to commonly held stereotypes and increase the likelihood of force being used against black men.”

The IOPC said the evidence gathered did not suggest that any officers may have acted in a way that justified disciplinary proceedings or committed a criminal offence.

IOPC Regional Director Amanda Rowe said: “The public are understandably concerned about how and when Tasers are used by the police. This was highlighted in this incident, which was deeply distressing to those involved and caused significant concern within the local community.

“The disproportionate use of Taser against black people, which is seen nationally, means it is especially important for the police to be able to justify the use of Taser in cases like this.

“While the evidence in this investigation showed officers had acted in accordance with the relevant policies, guidance and procedures, we identified ways the force could improve the response to similar situations in future and welcome the progress made to address them.

“It is particularly pleasing that national training for officers equipped with Tasers will now include specific learning to assist in cases where a child is present.

“There is no doubt Tasers are a valuable tool for keeping both the public and police safe in dangerous circumstances but the public needs to be reassured it is being used appropriately. Our recommendations are aimed at ensuring officers are equipped to make the right decisions and that communities can better understand them.”