New group to investigate Police Scotland`s use of biometric data

A new review-led body has been tasked with striking the right balance between safeguarding the public and the rights of individuals as policing handles an ever-growing mountain of biometric data in Scotland. 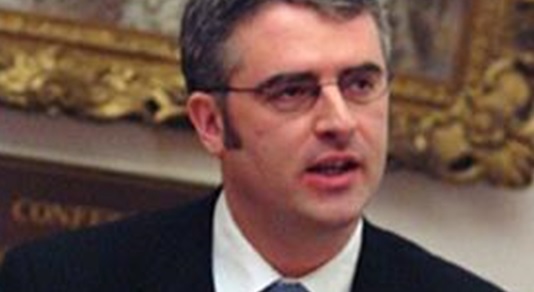 A new review-led body has been tasked with striking the right balance between safeguarding the public and the rights of individuals as policing handles an ever-growing mountain of biometric data in Scotland. The Independent Advisory Group on the Use of Biometric Data (IAGUBD will consider human rights and ethical considerations of how facial imaging, fingerprints and DNA samples are captured, used, stored and disposed of. It will advise on the right legislative framework, governance and oversight for biometric data uses in investigating crime  and whether a code of practice is needed. It is expected to deliver its conclusions in a report by the end of the year. Led by John Scott QC, whose past work led to Police Scotland ending its disproportionate use of stop-and-search with the creation of a new code of practice, the group will also examine data from CCTV, road traffic and police body-worn video cameras. The group includes representatives from Police Scotland, the Scottish Police Authority (SPA), HM Inspectorate of Constabulary in Scotland (HMCIS), the Crown Office and Procurator Fiscal Service (COPFS), the Scottish Human Rights Commission and the Information Commissioners Office (ICO), as well as academic expertise. Last year, a HM Inspectorate of Constabulary in Scotland (HMICS) report on the forces biometric data recommended tighter legislation, a statutory code of practice and the creation of a new post of Biometrics Commissioner. Scottish Justice Secretary Michael Matheson, who welcomed the groups inception, said: At a time when police use of biometric and related technologies is increasing, this work aims to bring certainty to and maintain public confidence in police use of this data to investigate crime and protect the public. The group will provide expert advice taking account of the HMICS recommendations on use of facial search technology, making sure we strike the right balance between safeguarding the public and the rights of individuals when we decide how biometric data should be used in future. Mr Scott said proportionality and necessity would be the key principles for the biometric review, which would look specifically at the retention of facial images by the police and others, as there is no consistent practice on use, retention and disposal. He added: This is a timely review in an important and fast-developing area. “Scottish rules on retention of biometric data have been the subject of positive comment elsewhere, notably from the European Court of Human Rights when it looked at equivalent English rules in 2008. “It is appropriate to consider if we are still getting the balance right, especially as there are new types of biometric data being used by our police, courts and prosecutors. In addition to the use and retention of facial images, we will look at questions which may arise with developing types of biometric data in the hope that we can establish principles informed by relevant ethical and human rights considerations to inform the delicate balancing exercise involved.” The force retains custody photos for up to 12 years even if no one is charged, although mugshots are not uploaded to the Police National Database as in England and Wales. In 2015, after an earlier review led by Mr Scott, ministers clamped down on the use of stop and search powers by Police Scotland, after it emerged they had been repeatedly used against children under 12 despite promises to the contrary. Under then Chief Constable Sir Stephen House, Scotlands stop-and-search rate was twice as high as London, leading to concerns about a target-driven system and the abuse of human rights. Liberal Democrat MSP Liam McArthur said the group was long overdue given the HMICS report came out 18 months ago. He said: It is right that ministers are finally taking steps towards making the necessary changes. We have robust controls around DNA and fingerprints because otherwise there is a risk of miscarriage of justice or the authorities amassing data unnecessaril