The Government must ensure future housing developments fully consider the needs of local emergency services or risk their capacity being “slowly diluted”, the Association of Police and Crime Commissioners (APCC) has warned. 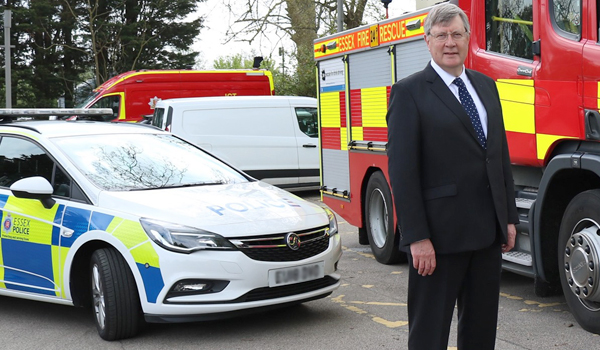 A new Planning Bill is expected to be introduced into Parliament this autumn that proposes a fundamental review of the existing planning system.

However, while developers recognise the importance of – and regularly pay for – schools or new roads, the APCC says the current English planning system treats emergency services differently. Very rarely do the police, fire, or ambulance services receive any money to enable them to meet the demand a new development will bring.

The APCC, along with other emergency services’ bodies, see the Government’s intention to reform the planning system as a perfect opportunity to address this anomaly.

The new Bill, announced in the Queen’s Speech in May, will build on a White Paper – ‘Planning for the Future’ – and consultation launched last year to create a “simpler, faster and more modern planning system”.

The main elements of the Bill include changing local plans so that they provide more certainty over the type, scale and design of development permitted on different categories of land and significantly decreasing the time it takes for developments to go through the planning system.

The APCC finance lead Roger Hirst – the police, fire and crime commissioner for Essex – said: “The system as it stands does not account for the additional pressure on local services that comes from significant new developments. It has always just been assumed that policing, fire, and ambulance services will automatically be provided to the appropriate standard without any support from developer contributions.

“As communities grow, the result is that the emergency services’ capacity over the area is slowly diluted. This is unsustainable.

“Also, any new community would no doubt be angry to learn that steps which could have been taken to reduce crime and improve fire safety had not been taken on grounds that they were not cost-effective.”

Responding to the consultation on the White Paper, Mr Hirst said the emergency services worked together to make representations calling for them to be recognised as essential infrastructure, and requesting they be supported from the proposed Infrastructure Levy. They argue the levy should cover not just buildings but also non-capital items – such as technology that enables mobile service provision to the public.

He said policing and the other emergency services also want the new legislation to ensure new developments will only be considered safe if they incorporate comprehensive fire safety measures, access for emergency service vehicles, and adopt crime prevention advice.

Mr Hirst added: “None of this is intended to result in the degradation of other public services. On the contrary, the reforms that are being requested will ensure that planning authorities and the development industry are aware of the full infrastructure costs of a given site from the outset and can take that into account. This in turn will mitigate against viability issues arising later in the planning process. I think we would all acknowledge the contribution the emergency services make to ensuring we live in safe and secure communities where we can all thrive.

“It is vital the Government’s response to the ‘Planning for the Future’ White Paper acknowledges the requests for reforms that the emergency services have made and commits to addressing them in the Planning Bill later this year.

“Failing to do so would mean the emergency services continuing to be largely denied infrastructure funding from new developments, ‘blue light’ advice on crime prevention and fire safety measures not being acted on fully and, most importantly, members of the public across the nation not getting the effective and efficient emergency services they are entitled to receive.”