Merseysides police and crime commissioner (PCC) has announced her preferred deputy after the former incumbent stood down following her sons conviction for sexual assault. 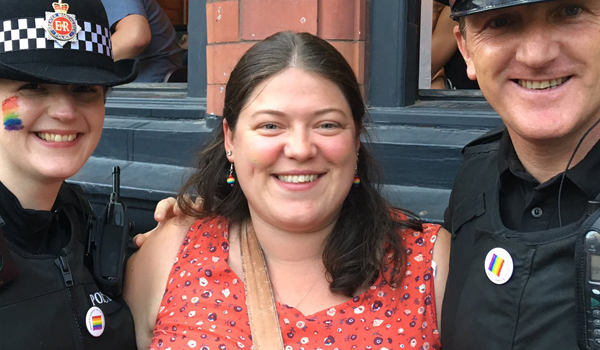 Merseysides police and crime commissioner (PCC) has announced her preferred deputy after the former incumbent stood down following her sons conviction for sexual assault. Emily Spurrell, a member of Liverpool City Council, will take up the deputy PCC role subject to approval by the police and crime panel. Ms Spurrell was one of 20 people who applied for the part-time position, but stood out due to her knowledge, skills and passion for the role, the PCCs office said. She will fill a vacancy left by Sue Murphy, who left the role for personal reasons in April, days after her son was jailed on charges of sexual assault by penetration. PCC Jane Kennedy said: [Ms Spurrell] is already very knowledgeable about community safety issues and has demonstrated a clear commitment and focus on building stronger, safer communities. She is passionate about improving the care and support on offer to victims of crime and I have no doubt she will be a hard-working and dedicated representative for the people of Merseyside. Ms Spurrell is a councillor for Liverpools Mossley Hill district and has previously served as Mayoral Lead for Community Safety. She chairs the City Councils CitySafe board as well as the Violence Against Women and Girls Group. She will also be responsible for managing the Victim Care Merseyside Service  which was spearheaded by her predecessor. Ms Spurrell said she was thrilled to have been selected as the PCCs preferred candidate. She added: Over the last five years, I have been committed to working with a host of partners to make a difference in the communities I have served and I am excited about having the opportunity to support and work alongside the police commissioner representing people from across the whole of Merseyside. In April, Ms Murphys son Andrew was jailed for six years after he assaulted a sleeping woman. Sentencing him, Judge Steven Everett said Murphy treated his victim like a sex object and had caused her severe psychological harm.