On October 19, Norfolk Constabulary announced the introduction of a radical new policing model, one that has taken two years to formulate and based on lengthy consultation and what it says is evidence of policing initiatives that work in the county. However, it is a model that is likely to spark significant media headlines as all 150 police community support officers (PCSOs) were told that they could soon be made redundant. 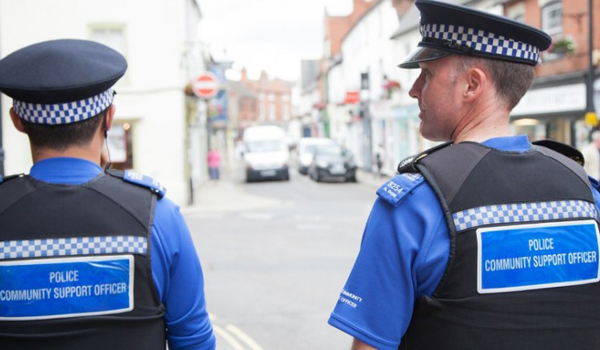 On October 19, Norfolk Constabulary announced the introduction of a radical new policing model, one that has taken two years to formulate and based on lengthy consultation and what it says is evidence of policing initiatives that work in the county. However, it is a model that is likely to spark significant media headlines as all 150 police community support officers (PCSOs) were told that they could soon be made redundant. Following a 45-day consultation period with those affected, Chief Constable Simon Bailey intends to begin implementing a new policing model that, by the start of April next year, will see the PCSO role cease to exist in the county. It is not the only controversial measure being considered; Norfolk Constabulary is planning to reduce the number of police stations that are open to the public. However, the decision has not been taken lightly. Mr Baileys proposals mark the end of a lengthy programme of work to develop a radical new way of policing Norfolk that will put police officers back into neighbourhoods, schools and evidence-based proactive work. These plans were first initiated in 2015, when policing was facing the potential loss of 25 or 40 per cent of central government funding. Although these cuts never materialised, the majority of forces have since been criticised for easing off the pace of reform that was critical to continued efficiencies. What Norfolk Constabulary has been able to do is maintain its radical reform planning and invest any savings made into activity that has proven to be successful. This will divide opinion, Mr Bailey said. A number of commentators will say this is great, because it increases police officer numbers. But there will be a number of people who say PCSOs are the bedrock of community policing. I am not moving away from neighbourhood policing, far from it. I am investing a lot of additional police officer resources within our neighbourhoods. The right decision? By announcing its intention to get rid of all its PCSOs, Norfolk Constabulary has been accused of making the county less safe. UNISON regional secretary Chris Jenkinson claimed that if the proposals go ahead, the work [PCSOs] currently do tackling low-level crime and anti-social behaviour will either stop altogether, or fall to already hard-pressed police officers and staff to deal with. However, in the current financial climate, the force has found that employing PCSOs is simply not cost effective. Since the 2011 Winsor review, which changed the rationalisation of officers pay and conditions, police constables have become far cheaper to employ. Meanwhile, a job evaluation process has led to amendments to how PCSOs are paid, which, combined with the enhancements and allowances added to their salaries, means PCSOs in Norfolk are the fifth highest paid in the country and are almost as expensive to employ as PCs. In 2017/18, the average annual cost of a PCSO is £39,000, compared with £43,600 for a PC. Over the next two years this will rise to £43,400, while the loss of experienced officers will drive the cost of a PC down to £41,800. By 2021/22, Norfolk Constabulary predicts that a PCSO will cost it £44,200 per year. This expense becomes increasingly important when considering the additional powers that PCs have  powers to arrest, interview and investigate crime, while PCSOs are only empowered to deal with minor crime and disorder. They are not given the protection or skills necessary to intervene in situations with a clear likelihood of confrontation, such as a domestic incident, and cannot use police cars for patrols, pursuits or for stopping other vehicles. PCs are also able to provide mutual aid to other forces in response to major incidents, as seen recently with the terror attacks in London and Manchester or the hurricane that hit the British Virgin Islands, while PCSOs cannot. Finally, although PCSOs could be made to work 24/7 shift patterns like other officers, the enhancements they would be given would increase their costs even more. Initia