The Government is to set out plans to crack down on disruptive “guerrilla protests” when it unveils its legislative programme for the new parliamentary session.

Two XR protesters use bamboo lock-ons to block the road outside the Newsprinters printing works at Broxbourne, Hertfordshire in September 2020.

A Public Order Bill will outlaw tactics such as protesters “locking on” to public transport infrastructure or gluing themselves to roads, which have been adopted by campaign groups such as Insulate Britain.

It is one of 38 bills to be included in the Queen’s Speech on Tuesday (May 10) as Boris Johnson attempts to regain the political initiative after rows over lockdown parties and Tory losses in last week’s local council elections.

It represents a bid to revive measures which were previously put forward under the now-passed Police, Crime, Sentencing and Courts Bill but had to be scrapped after being knocked back by the House of Lords.

In a sign of the Government’s determination to drive through the measures, officials said the legislation could be introduced in Parliament as early as Wednesday.

Speaking during a visit to the Metropolitan Police Service specialist training centre in Gravesend on Monday, Home Secretary Priti Patel said ministers were determined to prevent protesters bringing the country to “a grinding halt”.

“The law-abiding, responsible majority have had enough of anti-social, disruptive protests carried out by a self-indulgent minority who seem to revel in causing mayhem and misery for the rest of us,” she said.

“These measures that we are bringing in will make sure that we can protect the public, protect lives and allow people to carry on with their business lives and to safeguard our critical national infrastructure.”

The bill will create new criminal offences of “locking-on” and going equipped to “lock-on” to other people, objects or buildings in order to cause “serious disruption”, with a maximum penalty of up to six months’ imprisonment, an unlimited fine, or both.

A new offence of interfering with key national infrastructure – such as airports, railways and printing presses – will carry a maximum sentence of 12 months in prison, an unlimited fine, or both.

It will also become illegal to obstruct major transport works, such as the HS2 high speed rail link, again punishable by up to six months in prison, an unlimited fine, or both.

The bill will also extend stop and search powers so the police can seize articles related to the new offences, while new preventative serious disruption prevention orders will also be available for those who repeatedly cause criminal disruption.

Ahead of the Queen’s Speech, Mr Johnson said it was part of a wider programme to get the country “back on track” after the pandemic while addressing the cost of living challenges.

“In spite of everything we have been through, we are going to ensure that over the two years we have left in this parliament, we spend every second uniting and levelling up this country, exactly as we said we would,” he said.

“We will get the country through the aftershocks of Covid, just as we got through Covid, with every ounce of ingenuity and compassion and hard work.”

The programme includes seven bills intended to capitalise on the benefits of Brexit by removing EU regulation covering areas from data reform to gene-editing to financial services.

89 arrests as dozens of women ‘saved from sexual exploitation’ 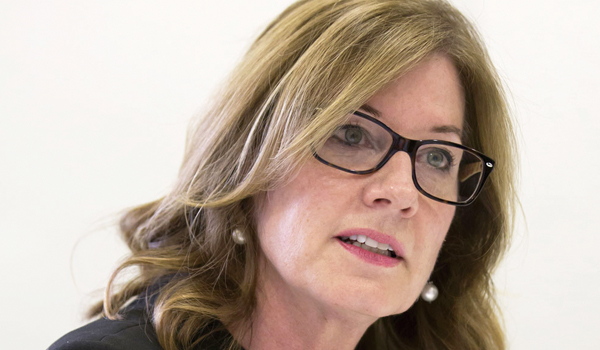