New community panels to monitor use of force by officers

New community panels to monitor use of force by the Metropolitan Police Service (MPS) are being introduced this month to help rebuild trust with Londoners. 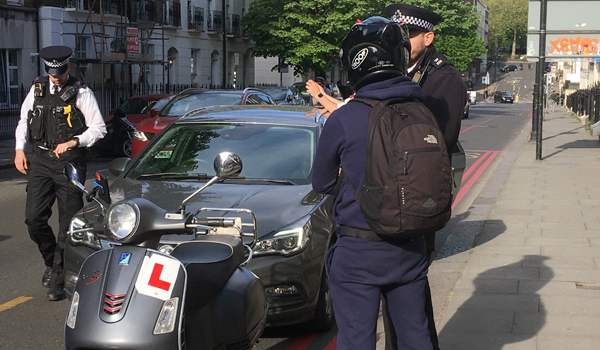 The 12 Police Encounter Panels (PEPs) – co-chaired by community leads and area police commanders – will review and give feedback on officers’ encounters with the public, including those which “may have caused concern”.

Use of force in every London borough will be discussed on a regular basis, with panel members being shown body-worn video footage where appropriate, said the MPS.

It added: “To increase our transparency to Londoners, we are giving panel members access to more material than we have done in existing community groups – including police officers’ written accounts of events and stop and search forms.

“Introducing PEPs is one of a number of actions the Met is taking to better understand the impact of our officers’ interactions with the public – particularly those we know have lower levels of trust in us – and to learn and develop, always with the aim of improving the trust of the people we serve.

“We believe the Met is the world’s most scrutinised police force, and these new PEPs will ensure there is another opportunity for us to listen to local communities and act on their feedback.”

Figures released by the force earlier this month showed an 11 per cent reduction in the use of force by officers during “regular encounters” with the public.

The statistics, which compared figures from 2021 with 2020, also revealed a 21 per cent reduction in batons being drawn; 31 per cent drop in Tasers being discharged; 14 per cent fall in ground restraint; and a 26 per cent drop in spit guard use.

Commander Helen Harper, head of profession for MPS crime prevention, inclusion and engagement, said: “We have developed the PEPs as another way to listen to Londoners and identify where we could do better in the areas of our work where we face most criticism. We also want to work out where we’re getting things right, so we can replicate that positive action across the Met.

“The new panels will help us build stronger relationships with people in every London borough, particularly with those who have not previously been part of police review groups.

“We depend on the trust of the people we serve and we know we are so much more effective if we are listening and engaging with them. We’re here, we’re changing, we’re learning. We will not stop working to be the service Londoners need and deserve.”

The PEP members are volunteers drawn from local communities who reflect the diversity within the area. They will be joined by senior officers and representatives from the MPS Federation or an appropriate staff association.

The MPS said the aim of the PEPs is to improve how it polices London.

“When things have not quite gone right in an encounter, community members will be able to make recommendations based on their own lived experiences and knowledge,” it added.

“They can also identify good practice that should be shared more widely.”

Learning from the meetings will be fed back to individuals, the local police teams and pan-London police teams such the MPS’s Taskforce, Specialist Firearms Command and Roads and Transport Policing Command.

“The PEP meetings are also an opportunity for us to talk in more depth about how and why we use force in certain situations,” said the MPS.

In addition to regular meetings, ad-hoc meetings will also be held when a specific encounter has occurred which the panel wishes “to review fast-time” or which the MPS believes it would be beneficial for communities to have a more immediate understanding of.