Humberside Police has appointed a new chief constable following years of significant scrutiny for the force. 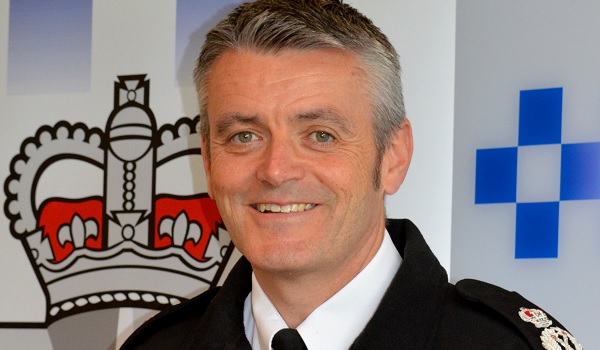 Humberside Police has appointed a new chief constable following years of significant scrutiny for the force. Lee Freeman, who is from the Humber area, was announced as the new replacement former head, Justine Curran, after she was asked to retire over her failure to improve the forces performance. He was confirmed as the preferred candidate for the role on May 30 by police and crime commissioner (PCC) Keith Hunter, and has been in temporary charge since to encourage stability. Mr Hunter said he was delighted to hear the Police and Crime Panel approved his selection, and believes Mr Freeman offers real hope for the future of the force. Humberside Police has faced significant scrutiny of its performance over recent years and the effects of that on both the public, officers and staff have been well publicised, he added. Throughout this challenging period everyone in the force has worked hard to deliver a decent service to the public of northern Lincolnshire and east Yorkshire. Some problematic legacy issues do remain though, and they will require further time to address in a manner that will pave the way for sustainable improvement into the future. Lee has shown an understanding of the issues and has the skills, experience, drive and attitude to lead the force on the journey it must make. His desire to engage the workforce and the public in that endeavour shine through in his words and actions. He shares my desire to see locally-based community policing as the core of our police service and not an optional add-on, and he has emphasised his commitment to focussing resources properly on ensuring communities get real value for money in delivering a visible and engaged service whilst protecting the vulnerable. I congratulate Lee on the great achievement of becoming chief constable of his home force and look forward to congratulating him further on his achievements in that office in the times ahead. Mr Freeman began his career in policing with City of London Police in 1993 before transferring to Lincolnshire three years later. Following a number of operational posts including Her Majestys Inspectorate of Constabulary (HMIC) liaison and the Criminal Investigation Department, he was promoted to superintendent in 2005 and again to chief superintendent in 2010, becoming Lincolnshire Polices head of local policing. Three years later he was appointed temporary assistant chief constable, and moved to Humberside Police in a substantive position in 2015 after graduating from the Strategic Command Course, which he later described as the proudest moment of his career. Chief Constable Freeman said: I am really happy to have had my appointment confirmed by the Humberside Police and Crime Panel, having their support is extremely important to me and I look forward to working with them in the future. I have spent the last three weeks as temporary chief, listening to our excellent workforce who are all committed to giving the public the best service. My priority now is to get on with the job in hand supporting my staff, engaging with our partners in community safety and working with the PCC to deliver the best possible service to the communities of east Yorkshire and northern Lincolnshire The Humberside Police Staff UNISON branch also welcomed the appointment of Mr Freeman as its branch secretary Tony Green added: We are pleased Lee Freeman has been confirmed as the new chief constable of Humberside Police as we already have an excellent working relationship with him. “We are looking forward to working with him as he provides the leadership and direction the force needs to make the improvements needed for our members and communities.” Ms Currans resignation came after Humberside Police had been repeatedly rated poor by HMIC, achieving an inadequate grade for efficiency in 2015 and a requires improvement last November. Mr Hunter said he believed she would not fully engage the workforce in the next 18 months following the disappointing inspection.