A new chair has taken charge of the Undercover Policing Inquiry (UCPI) after Sir Christopher Pitchford stood down due to ill health. 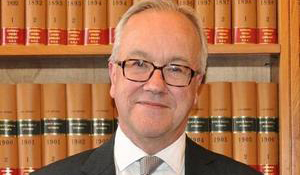 A new chair has taken charge of the Undercover Policing Inquiry (UCPI) after Sir Christopher Pitchford stood down due to ill health. Sir John Mitting was appointed to the UCPIs panel in May with a view to replacing Sir Christopher when necessary. The former chair announced his formal resignation on Tuesday (July 25) following his diagnosis with motor neurone disease earlier this year. In a statement, the inquiry team thanked Sir Christopher for his leadership over the last two years. Sir John added: I join the rest of the inquiry team in wishing Sir Christopher well, I know I have a hard act to follow. He has set up a strong framework for the inquiry. I am committed to continuing his approach and echo his words from the start of this inquiry: the inquirys priority is to discover the truth. This is a public inquiry to which, as the name implies, the public will have access I am committed to discovering the truth and will endeavour to do so in as open a manner as possible. Sir John has served as a High Court judge since 2001 and as chairman of the Special Immigration Appeals Commission between 2007 and 2012. The UCPI was launched in 2014 to investigate allegations Metropolitan Police Service (MPS) officers in the Special Demonstration Squad had formed sexual relationships with their targets and used the identities of dead children. In May, the MPS secured an extension to the period in which it can apply for anonymity orders to protect former officers identities. However, a second application questioning the scale of the inquiry was rejected. Home Secretary Amber Rudd said: Id like to place on record my profound thanks to Sir Christopher for all he has done to further the work of the inquiry. It is important that the inquirys work continues without delay, and it is for that reason I am pleased that Sir John Mitting will be taking over as chair. I wish him all the best in this incredibly important role.