North Wales Police has announced the appointment of a new assistant chief constable. 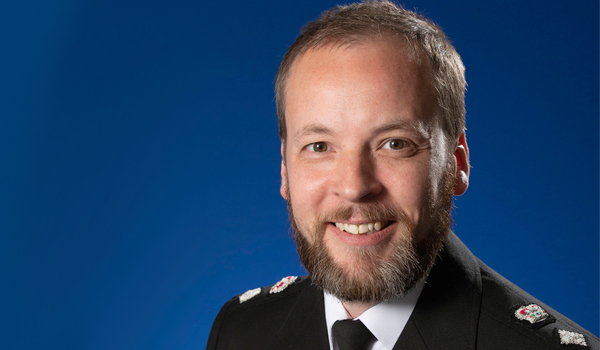 Chief Constable Carl Foulkes said Chris Allsop, who is currently a chief superintendent with Greater Manchester Police (GMP), will be a “valuable asset” to the chief officer team.

His appointment as assistant chief constable was confirmed this week and he is expected to take up his new post next month.

Mr Foulkes said: “I am delighted to appoint Chris to this crucial role and look forward to warmly welcoming him to North Wales. Chris has a wealth of experience in a range of policing roles and I have no doubt he will be a valuable asset to the chief officer team.”

Mr Allsop said: “I’m really excited to be joining the team and working towards making North Wales the safest place in the United Kingdom.

“In the build-up to the recruitment process I had the privilege to meet so many dedicated, passionate and talented people who are focused on serving people in communities across North Wales. I am looking forward to working alongside them.”

He added: “I want to also say a big thank you to everybody at GMP who I have worked alongside over the last 22 years. I wish the organisation all the best for the future.”

Since starting his policing career with GMP in 2000, Mr Allsop has taken on a broad range of policing roles both in uniform and as a detective, ranging across local investigation, public protection, major crime and counter-terrorism.

He has undertaken a number of local policing command roles in some of the most diverse areas of Greater Manchester and has experience of leading in complex, dynamic and political environments to bring about long-term change to help make communities safer.