Tougher airport-style security in prisons has resulted in a record level of drug seizures. 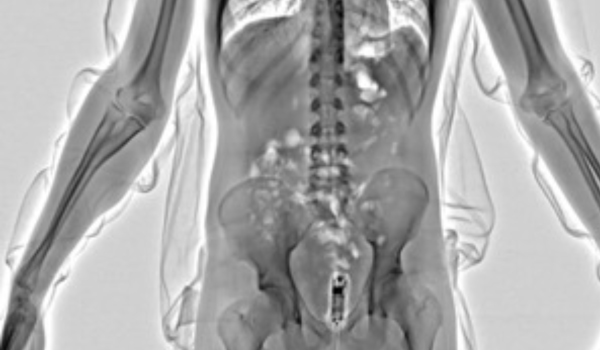 Almost 20,000 attempts to smuggle illegal contraband behind bars have been intercepted since the latest cutting-edge technology was installed across the prison estate in England and Wales.

This includes X-Ray scanners, drug-trace machines and metal detection archways at the “most challenging prisons”, said the Ministry of Justice (MoJ.

“Over the past two years, more than 70 cutting-edge X-Ray body scanners have been installed in all closed male prisons, producing super sharp images of concealed contraband so staff can easily find and stop dangerous items from entering jails,” said the MoJ.

“These scanners have thwarted almost 20,000 attempts to smuggle contraband on to wings, including one massive haul consisting of 81 individually wrapped white rocks of crack cocaine.”

The MoJ said building on this success, 42 of the most challenging prisons have been kitted out with even more high-end equipment since the beginning of the year, “stopping dangerous drugs from getting onto wings and wreaking havoc”.

This includes new drug-trace machines that can detect microscopic smears of new psychoactive substances such as ‘spice’ on mail and items of clothing.

Gates at these prisons have also been “beefed up” with new metal detection archways and wands, together with extra drug dogs and biometric identification for the public.

“As a result, for the first time ever staff can effectively search visitors coming into jails and seize items such as phones and weapons that can fuel further crime and violence behind bars,” said the MoJ.

Deputy Prime Minister, Lord Chancellor and Justice Secretary Dominic Raab said: “With this innovative new technology, we are enforcing our zero-tolerance approach to drugs, knives and mobile phones in prisons.

“Illicit contraband endangers our hard-working staff and thwarts the efforts of other prisoners who are serious about their rehabilitation.

“Alongside abstinence-based drug treatment, getting more prisoners than ever into work and improving facilities to maintain family ties, our strategy will make our streets safer and protect the public.”