The Home Secretary is due to meet her US counterparts today to discuss the development of new technology that automatically detects terrorist content on any online platform. 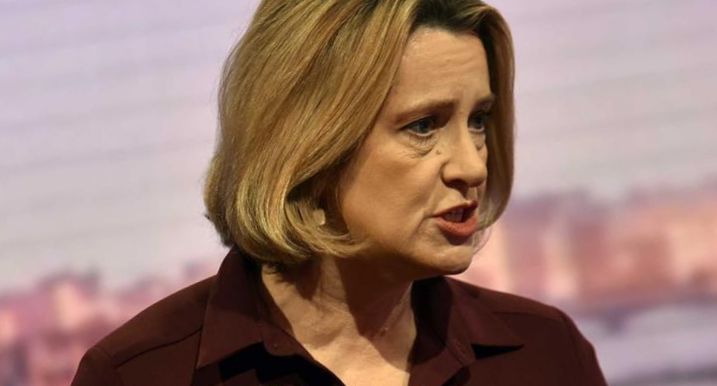 The Home Secretary is due to meet her US counterparts today to discuss the development of new technology that automatically detects terrorist content on any online platform. Amber Rudd is visiting Silicon Valley to hold a series of meetings with the main communication service providers in the US as the UK government unveiled a tool on Tuesday (February 13) that blocks the extremism material from being viewed. She said she had not ruled out forcing technology companies to use it by law. Tests have shown this new tool  created by London-based artificial intelligence company ASI Data Science with the help of £600,000 government funds  can automatically detect 94 per cent of Islamic State (Daesh) propaganda. A Home Office statement said: It has an extremely high degree of accuracy, for instance if it?analyses one million randomly selected videos, only 50 would require additional human review. The tool can be used by any platform, and integrated into the upload process, so that the majority of video propaganda is stopped before it ever reaches the internet. Thousands of hours of content posted by Daesh was run past the tool to “train” it to automatically spot extremist material. It has proved accurate to 99.995 per cent. Anything the software was not sure about would then be flagged up for a human decision to be taken. The Home Office and ASI will be sharing the methodology behind the new model with smaller companies to?help combat the abuse of their platforms by terrorists and their supporters. Many of the major tech companies have developed technology specific to their own platforms and have publicly reported on the difference this is making in their fight against terrorist content. Smaller platforms, however, are increasingly targeted by Daesh and its supporters and they often do not have the resources to develop such technology. The model, which has been trained using over 1,000 Daesh videos, is not specific to one platform so can be used to support the detection of terrorist propaganda across a range of video-streaming and download sites in real-time. Similar tools in the past have been heavily criticised by advocates of an “open” internet, saying such efforts can produce false positives  and that means content that is not particularly problematic ends up being taken down or blocked. But in welcoming the new technology, Ms Rudd said: Over the last year we have been engaging with internet companies to make sure that their platforms are not being abused by terrorists and their supporters. I have been impressed with their work so far following the launch of the Global Internet Forum to Counter-Terrorism, although there is still more to do, and I hope this new technology the Home Office has helped develop can support others to go further and faster. The purpose of these videos is to incite violence in our communities, recruit people to their cause, and attempt to spread fear in our society. We know that automatic technology like this, can heavily disrupt the terrorists actions, as well as prevent people from ever being exploited to these horrific images. In Silicon Valley, Ms Rudd said the tool was made as a way to demonstrate that the Government`s demand for a clampdown on extremist activity was not unreasonable. “It`s a very convincing example of the fact that you can have the information you need to make sure this material doesn`t go online in the first place,” she said. “The technology is there. There are tools out there that can do exactly what we`re asking for. For smaller companies, this could be ideal.” Silicon Valley giants such as Facebook and Google are pouring their own resources into solving this problem, but this tool is at first intended to be used by small companies, and they may one day be forced to use it. “We`re not going to rule out taking legislative action if we need to do it,” she added. “But I remain convinced that the best way to take real action, to have the best outcomes, is