The environmental impact of illegal fishing can be immense particularly when conducted on an industrial scale. Police Professional reports on the challenges facing those charged with protecting the UKs rivers from criminals. 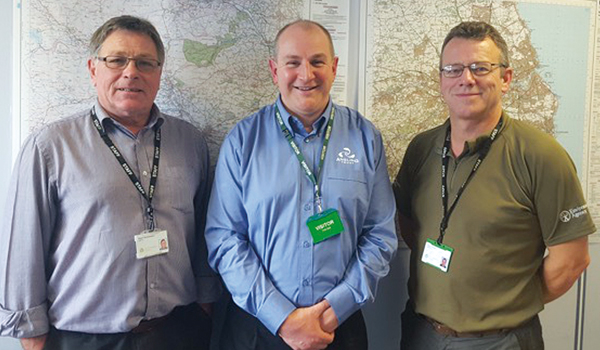 To the non-angler, the figures are always a surprise  a single 20lb carp from a quick-growing strain can be worth between £1,500 and £2,000, and gangs of poachers using nets, traps and even explosives can easily make £20,000 for a single nights work. No wonder illegal fishing is on the increase. Courts around the country are seeing a steady stream of cases involving the crime. Earlier this month, James Morrison of Pelsall was fined £300 and ordered to pay costs of £127 and a victim surcharge of £30 after being caught fishing without a licence at Badden Hall Pools in Eccleshall. Hertfordshire Constabulary is seeking three men in connection with two instances of criminal damage and attempted theft of fish after they cut barbed wire to gain access to a private fishing area in Rickmansworth. And last month, the North Staffordshire Justice Centre heard nine cases of illegal fishing in one day. Six anglers pleaded guilty, while three failed to appear at court and were found guilty in their absence. The court issued combined fines of £6,217  the lowest £457 and the highest £942. Poaching overall accounts for 33 per cent of all cases reported to the National Wildlife Crime Unit, however, it is generally acknowledged that such crimes are under reported, often because of threats of intimidation and violence by those involved. One of the issues is that responsibility for policing the UKs riverbanks and fishing lakes remains a grey area. To fish anywhere in England and Wales you need a rod licence purchased from the Environment Agency and it is the agencys job to enforce that. But taking fish from an enclosed area, such as a lake, is legally theft, and so should be a matter for the police. To confuse matters still further, you cannot legally steal a fish from an open river (they are considered wild) but if you have not purchased a permit, you have stolen the rights to fish from the rights holder. So again, this is theft and should be dealt with by the police. Fisheries enforcement officers (commonly known as water bailiffs) have a range of powers available to them, including entry onto land, search, seizure and even arrest where necessary. Although their primary duty is to check fishing licences, their role covers much more. Fisheries law exists not only to prevent illegal fishing but also to make sure that legitimate anglers fish sustainably. The regulations improve fish passage, prevent the spread of non-native species and fish disease, and avoid risks to other wildlife. The enforcement officers run regular night patrols using thermal imaging and night vision equipment to catch criminals illegally netting fish on local rivers, and have the use of 4×4 vehicles and boats to access remote areas. Crime is often linked in unexpected ways  working with the police on fishery patrols has often resulted in arrests for non-fishery offences, such as driving with no insurance, possession of illegal drugs and individuals wanted by the police for serious crimes. In 2015, the Angling Trust, a charitable organisation that campaigns for anglers rights, won a £4 million contract to supply angling services to the Environment Agency, which includes working with enforcement partners (including the police), club and fishery owners to clamp down on illegal fishing and angling-related rural crime. To reduce the level of poaching and numbers of anglers operating without the proper licence, the trust set up a Voluntary Bailiff Service, recruiting anglers to act as the eyes and ears for the police and Environment Agency. The Angling Trust piloted the scheme in the South East then began to roll it out to the rest of the country last year, with the appointment of six regional enforcement managers. To add weight  and expertise  to their role, all of the enforcement managers are former police officers, as well as being keen anglers themselves. Giles Evans, regional enforcement manager for the North East and Yorkshire, spent 30 years in the police service, serving as a detective in Northumberland before