The National Crime Agency (NCA) has admitted breaking the law by passing Thai police information that was used to sentence two men to death. 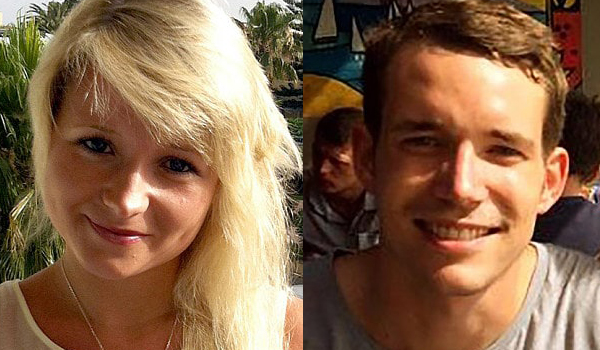 The National Crime Agency (NCA) has admitted breaking the law by passing Thai police information that was used to sentence two men to death. Officers failed to seek approval five times when sharing intelligence regarding the murder of British backpackers Hannah Witheridge and David Miller, the High Court ruled on Tuesday (August 29). The information was instrumental in convicting Burmese nationals Zaw Lin and Wai Phyo, who now face execution as Thailand has not abolished the death penalty. In a court settlement, the NCA conceded that it breached regulations that commit UK law enforcement to discouraging overseas human rights abuses. Charity Reprieve claims the admission raises new doubts over whether Lin and Phyos convictions were safe and whether the real killers are still at large. A NCA spokesperson said: The NCAs assistance to the Thai authorities was provided in good faith in the context of a fast moving investigation into the murders of two British citizens, in the shared interest of apprehending those responsible. However, we accept that the sharing of some intelligence with the Royal Thai Police in the immediate aftermath of the murders to assist their investigation was not in accordance with HM Governments Overseas Security and Justice Assistance (OSJA) guidance. In the light of this the NCA has carried out a full review of our internal processes regarding OSJA guidance, to inform future decisions and ensure compliance. Ms Witheridge, 23, and Mr Miller, 24, were found dead on a beach on the Thai island of Koh Tao in September 2014. Ms Witheridge had been raped and beaten to death while Mr Miller had been assaulted and left to drown in the ocean. Lin and Phyo were arrested shortly afterwards but concerns were raised about the Royal Thai Polices handling of the case and its treatment of the suspects. Both men claimed they were tortured in custody and forced to confess, and a leading forensic scientist questioned the integrity of DNA evidence collected by Thai officers. The NCA supplied investigators with five pieces of intelligence including mobile phone data that was used in court to link Phyo and Lin to the victims. However, the OSJA guidance bans the supply of information to countries that still use capital punishment unless they specify that the death penalty will not be used. This rule can be sidestepped if officers secure ministerial authorisation, but the NCA repeatedly failed to do so. The High Court found it had misinterpreted the guidance as it understood Thai authorities would make a formal request if they wanted to use the information in evidence. Reprieve also claimed the NCA selectively disclosed evidence with the prosecution that pointed to other possible suspects. The NCA was ordered to pay £15,000 in compensation as well as the claimants court costs. Maya Foa, director of Reprieve, said: It is bad enough that the National Crime Agency secretly handed over evidence to help secure death sentences in a country known for unfair trials and torture. But now they admit they did this illegally, without any proper thought that their actions could contribute to a grave miscarriage of justice with two men facing execution. Government agencies shouldnt have to be dragged through the courts for the public to know what is being done with their money.