The work of the very best detectives across England Wales has been recognised by the Police Federation’s National Detectives’ Forum (PFNDF) with awards presented to individuals and teams for their commitment to investigative policing.

The Detective Investigation of the Year award was won jointly by a team from Thames Valley Police, which spent more than two years under Operation Silk investigating child exploitation and serious sexual offences in the Oxford area; and Operation Quantum, an investigation by Hampshire Constabulary into historical child sexual abuse within the footballing community.

Operation Silk was a detailed investigation that resulted in a six-month trial, with eight of the 11 defendants sentenced to prison terms from seven-and-a-half to 15 years, including one life-term. With the total sentences handed out exceeding 100 years, Operation Silk, led by former Detective Chief Inspector Mark Glover, now Principal Investigator, and Detective Inspector Nicola Douglas, was deemed a significant success.

Operation Quantum involved the football coach Bob Higgins, who was a youth coach at Southampton Football Club, ran the Bob Higgins Football Academy and was then youth coach at Peterborough United Football Club. Hampshire Constabulary began a thorough investigation that eventually resulted in Higgins being convicted of 45 counts of indecent assault.

Trainee Detective of the Year was won by Greater Manchester Police trainee Detective Constable Clare Harrison, who is based in Oldham. She was commended as a “dogged and determined” investigator, despite being a detective for only a short time. She was praised for her work on child protection investigations, which displayed her “sympathetic and supportive” work with those involved in those cases

Detective Constable Nick Mills from West Midlands Police took the Services to Detectives award, following a career that has seen him reshape the way training is developed and handled, not only in the West Midlands, but across the country. He is credited with recreating and revolutionising the way West Midlands Police delivers the Initial Crime Investigators’ Development Programme and is recognised for his skills and abilities in investigations and passing that knowledge on to those working on the front line.

In the Smarter Detective of the Year category, Operation Doubrava at Derbyshire Constabulary, led by T/Detective Inspector Carl Chetwyn, took the award. This was a complex case that centred on human trafficking and modern slavery and the team worked jointly with the State Police of Latvia on a large-scale conspiracy investigation into a Roma Latvian organised crime gang.

This multi-agency investigation involved not only the Operation Doubrava team, but also AP Phoenix, Europol, the Crown Prosecution team, the National Crime Agency and Latvian authorities. Despite the complex nature of the case, the team’s intensive work resulted in nine of the 11 defendants being sentenced to a total of 33 years, with subsequent deportation orders to follow.

The overall Regional Recognition Award winner was Detective Constable Kate Hillman of Devon and Cornwall Police, a testament to her dedication in spending 23 years in child protection. Her recent work with Operation Felspar – a complicated child sexual abuse case – involved her in a lengthy period of travelling and interviewing that resulted in the offender receiving a 12-year prison sentence and his name added to the sex offenders register. Other notable cases on which Det Con Kate Hillman worked included an investigation into a Plymouth scout leader, who was jailed for six years for offences against children, and Operation Bogan, a “distressing” investigation into an assault on a child for which the offender was sentenced to seven years.

Glyn Pattinson, PFNDF chair, said: “When you listen to the outstanding work these detectives have been doing over the past few years you realise how dedicated they are to crime fighting. It is not stretching credibility to say that detectives, as with all police officers, see their work as a vocation, and going the extra mile and more is why they achieve the results they do. We must recognise they are a credit to themselves, their forces and the country.” 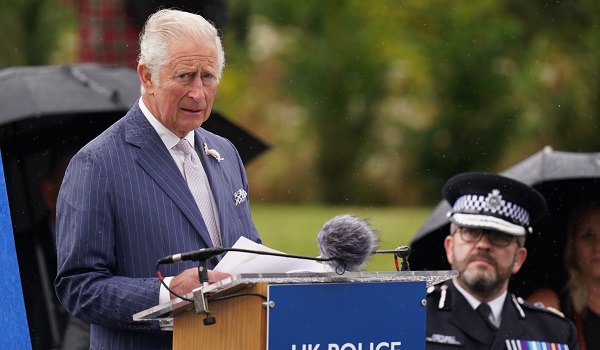