A National Audit Office (NAO) report on reforming the UKs border and immigration processes says IT systems remain largely unchanged with teams relying on multiple and complicated legacy systems with limited integration or data sharing and even paper-based systems.

The report, Reforming the UK border and immigration system, follows the break-up of the UK Border Agency (UKBA) into two new directorates: UK Visas and Immigration and Immigration Enforcement.

The decision was taken by the Home Secretary because of the agencys troubled history, including its large size and conflicting cultures, inadequate IT systems, the problematic policy and legal framework it worked in and the resulting lack of transparency and accountability.

Amyas Morse, head of the NAO, said: The Home Office has started making significant changes since the UKBA was broken up and has made progress in some areas. We would have expected greater progress by now, though, in tackling the problems we identified in 2012 in areas such as specific backlogs and IT. Among our recommendations is that the department prioritise outstanding backlogs and acts to prevent the cases that it classifies as unworkable building up into backlogs.

The NAO says new service standards introduced by UK Visas and Immigration have given customers greater transparency regarding the time taken to complete different types of visa application. The Department has also prioritised clearing backlogs of cases and made additional resource available to do so.

However, the NAO says progress in clearing the backlogs varies. Although UK Visas and Immigration has cleared all straightforward cases in the areas of temporary and permanent migration as at March 2014, the department still has around 301,000 open cases.

According to the NAO, there is a risk that cases on hold are not dealt with in a reasonable time. These include asylum cases awaiting a decision and cases in the migration refusal pool, where the department does not know whether those people who have been refused leave to remain have indeed left the country.

One of the problems behind the backlog is poor IT, which means the department lacks the good quality information needed to run the business, says the NAO.

The flagship Immigration Casework (ICW) programme was supposed to replace the legacy Casework Information Database and 20 other systems, but the ICW programme was closed in August 2013, having not delivered all the planned functions, the whole programme having cost £347 million. Caseworkers, therefore, still rely on a legacy system.

A new Immigration Platform Technologies programme is replacing ICW and is trialling an agile approach, focusing on incremental improvements. It still has far to go to have a significant impact and will cost £209 million over four years. Support contracts for vital legacy systems are due to expire in 2016, before the new programme rolls out fully in 2017.

Staff across the directorates told the NAO of their concerns around data quality for cases, with some data transferred manually from paper to IT systems, increasing the risk of errors.

Partly because of poor IT, the department lacks good quality management information to run the business, says the NAO. Operational staff across the directorates said they still had concerns about data quality for cases. This was borne out by our own data analysis where we struggled to access data in a meaningful format or found inconsistencies between datasets.

Poor data quality is a factor of poor data capture. Poor controls in the Casework Information Database increases the risk that staff fail to input the minimum standard information required. Transferring data manually  from paper to IT systems  increases the risk of errors and there is no single source of reliable information.

According to the NAO, low morale and a fear of drawing attention to bad news were commonplace in the agency and issues frequently surfaced only at crisis points. However, it said senior managers in the new directorates were changi 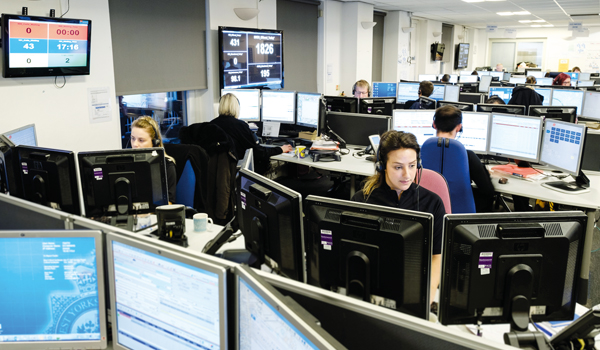