The fight against serious organised crime is hindered by disparate funding, confusing governance, a lack of data and duplicated capabilities, according to the latest review by the National Audit Office (NAO).

In a scathing assessment of the oversight of the battle to deal with a rapidly evolving and increasing world of crime, the NAO says there are still “significant and avoidable shortcomings” to the Government’s approach.

In its report published on Friday (June 28), it said the £2.9 billion overall funding is often uncertain and inefficient, coming from numerous sources without a joined-up approach.

Distribution of the £1.2 billion from the Home Office has often been delayed, hindering effective planning and spending. And the Government does not yet target spending to achieve the greatest impact.

“Many of the funding sources relied on by law enforcement are subject to annual bidding and decision processes. This means that law enforcement bodies have limited certainty about how much they will receive each year,” the NAO said.

“Projects funded by the Police Transformation Fund (PTF) and other one–off grants or funds can face a cliff–edge when funding suddenly runs out.”

In 2015, all Regional Organised Crime Units (ROCUs) reported that the current funding model made it difficult for them to make long–term plans. This is primarily because the Home Office grant is an annual settlement, so ROCUs are not certain how much they will receive beyond the financial year. This creates uncertainty and inhibits long-term projects, such as IT development.

Future allocations are tied up in a potential spending review due to take place this year, but senior police leaders have called for significant investment in this area.

In May, NCA Director–General Lynne Owens called for an additional £2.7 billion over the next three years to be spent tackling serious organised crime.

However, the NAO also said the Government needs to improve its support to tackle the underlying causes of serious and organised crime and avoid wasting resources through the duplication of capabilities, such as surveillance teams across different law enforcement bodies.

It found that lower-priority operations are not guaranteed access to specialist skills, which are prioritised for the operations with the greatest need. As such, capabilities have been replicated at different levels as law enforcement bodies have built their own capabilities to guarantee access at the right time.

For example, the NCA and ROCUs have dedicated surveillance teams operating in similar locations and so it could be more efficient to consolidate these teams.

Since 2018, the NCA has been carrying out work to identify where capabilities exist across law enforcement and some capabilities have already been centralised at a national level.

The NAO also criticised the confusing accountability structures in place across law enforcement. In September 2018, it identified 37 groups involved in the governance of tackling serious and organised crime, and another 59 groups that discussed related topics. Despite some progress in merging and simplifying these groups, it said governance arrangements are still cluttered and hinders the implementation of the revised 2018 Home Office strategy.

The decision to base the 2018 Home Office strategy on the four Ps (Prevent, Pursue, Protect and Prepare) and to put more effort into preventing people committing serious and organised crime and raising public intolerance of it is not supported by evidence.

The Government has also not worked out how much it will cost to achieve its objectives.

Currently, just four per cent of the funding for serious organised crime is spent on prevention, yet PCCs believe, as with serious violence, prevention should play a much bigger part.

The NAO report points to a weak performance measurement regime, with no assessment being made of the amount of effort involved, the impact it had and how successfully it reduced the general threat of priority crimes.

“This means that the Government does not know if its efforts are working,” it said.

A lack of data to respond effectively, especially to the growing threat of online crime, was also highlighted. In 2018, it found the Government had a weak understanding of the scale of four out of nine types of serious and organised crime.

Gareth Davies, head of the  NAO,  said: “The Government faces an immense challenge in fighting this complex, evolving threat. While it has made efforts to step up its response, there is more the Government could do to make its aspirations a reality.

“To deliver its new strategy, the Government needs to better match resources to its priorities, improve its understanding of these crimes and ensure governance and funding fit with its ambitious plans.”

A Home Office spokesperson said the Government is committed to tackling serious and organised crime and its strategy sets out how the full force of the state will be mobilised to target and disrupt it.

“As criminals’ use of technology evolves so must our response,” they said.

“We continue to invest in the right capabilities and tools in law enforcement, across Government and in partnership with the private sector.

“We are grateful to the National Audit Office for their report, and will carefully consider their recommendations, along with those from the Public Accounts Committee.”

The National Police Chiefs’ Council lead for serious and organised crime, Chief Constable Peter Goodman, said the report highlights the challenge that law enforcement and government have in tackling serious organised crime and said more money is needed to deal with the threats.

“Police see the impact of this on communities across the UK on a daily basis and we are committed to dealing with it and the violence that results from it. We are increasingly working with other law enforcement agencies and the government to respond in a coordinated and cohesive way,” he said.

“We have consistently made the case that law enforcement right across the system needs significant investment to protect against this national security threat and ensure that our communities are protected from violence.”

“PCCs have prioritised funding to a collaborative regional response investing £123 million in our ROCUs with a further estimated £1.8 billion nationally on our local force response,” they said. “While supporting the role of the NCA, there is an urgent requirement for a joined–up whole system response, recognising our local commitments, and this must be factored into the forthcoming spending review.

“[Serious organised crime] is a blight on all our communities, whether it be the direct impact felt by the disturbing increase of serious violence in our inner-city estates, or the hidden impact of the significant cost to our national economy. PCCs support a robust law enforcement approach to criminals making financial gain at the misery of others, however we have long advocated, as with serious violence, that prevention is at the heart of long-term solutions,” they added.

“To this end we want to see support for this approach across government and adequate funding to tackle serious and organised crime.”

The NAO made six recommendations: 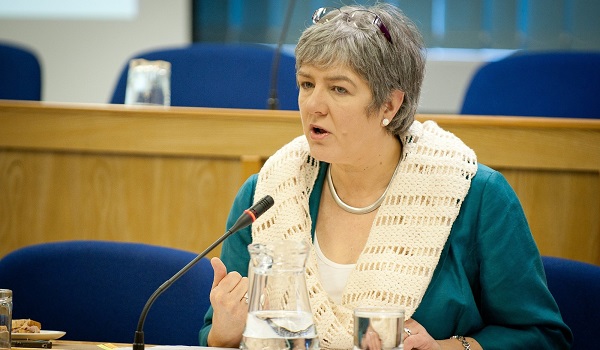