Facial recognition systems could benefit from genome research that shows how to identify people from different angles, allowing law enforcement to spot those elusive individuals using cameras on the move. 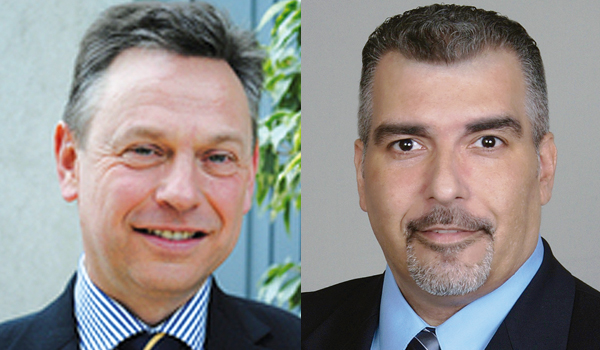 The Home Office is currently evaluating bids for a £4.6 million contract for facial recognition software designed to create a standardised approach to surveillance across UK police forces and other public authorities. The use of face-tracking software has become increasingly common, nowhere more so than in China, where facial recognition CCTV is routinely used to monitor the public in subway and railway stations and residential compounds. One Chinese university has even begun trialling facial recognition technology to deter students from skipping lectures. Students in six classes at the Communications University of China in the eastern city of Nanjing are having their picture taken when they arrive for lectures and the images are then matched against those in the universitys database, a process that takes around two seconds. The device is so advanced that it can recognise students even if they change their hairstyle or make-up. By contrast, the use of facial recognition software in the UK has so far been limited to a small number of forces and used primarily at major public events, often with mixed results. When the Metropolitan Police Service deployed facial recognition technology at the Notting Hill Carnival over the August Bank Holiday weekend it had a database of 500 people it hoped to identify. Instead, the system reportedly generated at least 35 false matches in which innocent members of the crowd were misidentified. South Wales Police ran a similar trial during the Champions League final in Cardiff in May. One man who was due to be recalled to prison was arrested as a result of the technology. Assistant Chief Constable Richard Lewis said at the time: He walked past several officers who, in fairness, didnt know him. He was on a main street in Cardiff before he was identified by the camera. Its probably an arrest we would not have made at any previous time. The force sought to harness the facial recognition vans deterrent effect by publicising their deployment at Saturdays (October 28) Cardiff City versus Millwall match. Surveillance Camera Commissioner Tony Porter recently wrote to all police forces to express his concerns at the increasing use of facial recognition technology, now routinely used in the hunt for criminals and terror suspects. In a letter to the National Police Chiefs Council (NPCC), Mr Porter said the new technologies have significantly increased capabilities to intrude upon the privacy of citizens, adding: If not responsibly considered and regulated [this] may adversely impact upon the public confidence, which organisations seek to engender in the first place. In a recent interview with the Financial Times, Mr Porter expanded on his concerns and called for greater transparency about how the technology and police image databases are used to check peoples identities. We dont know the totality of other [police] forces which are about to introduce this technology, he said. Are the forces aware of the regulatory requirements in using this technology? We dont have transparency… and we dont have absolute confidence that the processes and databases being used are proportionate and legitimate. Last year, Paul Wiles, the UKs biometrics commissioner, raised concerns about the advancing technology and the storing of custody images. He said the use of 20 million facial images gathered by the police had gone far beyond using them for custody purposes. In February, the Home Office issued guidelines that those who are not convicted of an offence have a right to request that their image be deleted from all police databases. Civil liberties groups have long argued that the images of those who are arrested but not convicted of a criminal offence should automatically be deleted from police databases. There is no accountability over the use of these images and this technology: no law, no safeguards and no oversight, said Griff Ferris of campaign group Big Brother Watch. The NPCC insists it is committed to finding the right balance between p