Dorset Police has been criticised for leaving a woman without means of communication before she was murdered by her ex-boyfriend. 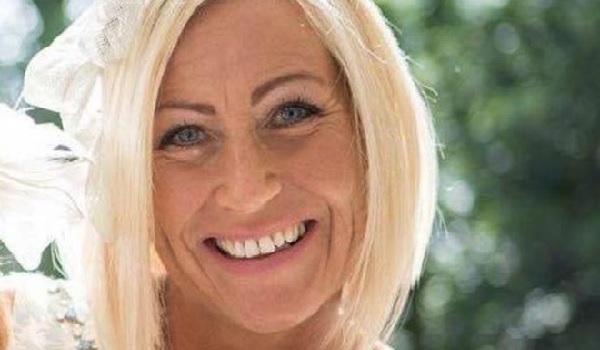 Dorset Police has been criticised for leaving a woman without means of communication before she was murdered by her ex-boyfriend. Katrina OHaras mobile phone was taken to investigate her report of domestic abuse, just eight days before Stuart Thomas stabbed her to death in a barbershop two years ago. This left her afraid and vulnerable, the Independent Office for Police Conduct (IOPC) said in its first report since the Independent Police Complaints Commission underwent reforms. Thomas was sentenced to life imprisonment with a minimum of 26 years in August 2016 after stabbing Ms OHara in the chest twice with a kitchen knife at her hair salon in Blandford Forum, Dorset. Winchester Crown Court heard the father-of-four already had a five-year restraining order against him for targeting another woman. The jury was told Ms OHara became involved with Thomas in May 2015, before she attempted to end the relationship in the autumn. On December 30, 2015, Thomas was arrested, interviewed and released on bail with the condition not to contact Ms OHara, after he reportedly threatened to kill both her and himself four days earlier. Ms OHaras phone was retained to investigate alleged harassment, leaving her without a means of communication, which the IOPC said increased the risk she faced. She was then murdered by Thomas on January 7, 2016. An acting sergeant and a detective constable attended disciplinary hearings in October 2017, in which allegations of misconduct were proven for both officers. The sergeant was given management advice for failing to investigate Ms OHaras report that Thomas had been harassing her, and failing to risk assess and put in place suitable safeguarding measures. And the detective constable was handed a written warning for not taking prompt and appropriate action following a report that Thomas may have breached his bail conditions. A further two officers were dealt with for unsatisfactory performance, while three constables, a sergeant and a police staff member had no case to answer for misconduct. It was recommended that Dorset Police should ensure any people at risk of domestic abuse who have their phones retained, should be provided with the means to contact police or family if they need to. In response, the National Police Chiefs Council wrote to all chief constables and domestic abuse leads across the country, urging them to follow this recommendation. And the College of Policing has also agreed to revise its recently published domestic abuse advice to include protections for domestic abuse victims when their phones are seized. The IOPC also advised Dorset Police to clarify its procedures for recording and dealing with breaches of police bail. IOPC Operations Manager Graham Beesley said: I offer my condolences to Ms OHaras family and friends for their terrible loss. Our investigation identified serious concerns with the service provided to Ms OHara. On a number of occasions when she contacted Dorset Police, officers failed to take appropriate action in a timely manner and did not take her specific needs and vulnerabilities into account. We also found instances where police did not properly consider the seriousness of non-violent risk factors, including the escalating nature of the incidents between Ms OHara and Stuart Thomas in the months leading up to her murder. Assistant Chief Constable Mark Callahan added: We note the findings of the IOPC report and Domestic Homicide Review. We have taken careful account of the recommended organisational learning, which has already been incorporated into our processes and training. “We have also noted the findings and recommendations to all agencies of the domestic homicide review and will ensure that we continue to work in collaboration with our partners to minimise risks to victims of domestic abuse. Thankfully terrible cases such as this are very rare. We would like to reassure the public that we are doing everything in our power to minimise the chance of t