Chichester in West Sussex has seen 52 unauthorised encampments set up during an eight-month period on a mix of private and local authority land.

Chichester in West Sussex has seen 52 unauthorised encampments set up during an eight-month period on a mix of private and local authority land.

It resulted in increased reports of anti-social behaviour to various agencies, including Sussex Police, Chichester District Council, West Sussex County Council, Environmental Health and local parish councils. Many of the encampments were the same families moving across the district and it was important that agencies had a good understanding of their particular needs and welfare issues to enable appropriate support to be given.

With the agencies working independently, many reports were duplicated, resulting in repeat visits to groups to deal with similar issues, leading to delays and a lack of confidence from the groups in the agencies.

Police community support officer (PCSO) Colin Booker, a Gypsy/Traveller liaison officer for Sussex Police, explained how using E-CINS (Empowering Communities Inclusion and Neighbourhood Management System) enabled a more joined-up multi-agency approach to the management of these particularly sensitive issues. It played a vital role in enabling agencies to talk to each other and manage the complex issues surrounding these encampments, said PCSO Booker.

Site visits by Sussex Police and Chichester District Councils community safety team assessed whether police powers under the Criminal Justice and Public Order Act 1994 would be used or if a civil eviction was required. Once that information was obtained, the person responsible for the land was contacted regarding the eviction procedure.

By using E-CINS we had records of which group had been where, when they had been there and where they went to next. This was updated by every agency involved in dealing with the eviction process so everybody knew what was going on with each encampment and could keep track of all of the actions,

said PCSO Booker. It made things easier for each agency when dealing with any issues that arose from the encampments or from residents living close by.

A separate E-CINS case was opened for each family group so that relevant welfare needs could be documented and shared as appropriate.

Using E-CINS allows information sharing across borders and Gary Pettengell, chief executive officer of Empowering-Communities, explained: Using E-CINS to manage traveller encampments not only saves local authorities, the police and their partners time and money, it also reduces duplication of effort and resources. Importantly it can prevent the need for individuals and families with the encampment being asked the same questions over and over again which can lead to the impression of victimisation.

Emergency control room upgrade is a world first for Dyfed-Powys 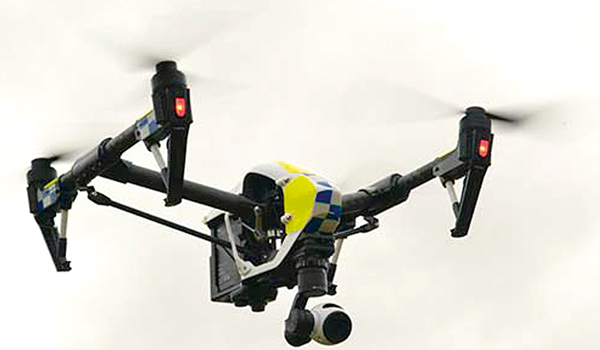