The Metropolitan Police Service (MPS) is upgrading its communication and control system in readiness for the planned transition to the new Emergency Services Network (ESN) between mid-2017 and 2020. 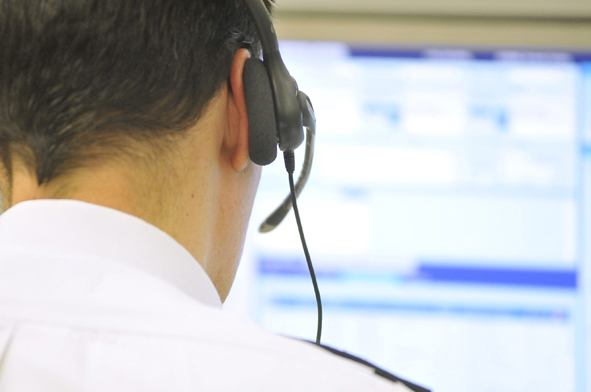 The Metropolitan Police Service (MPS) is upgrading its communication and control system in readiness for the planned transition to the new Emergency Services Network (ESN) between mid-2017 and 2020.

The LTE (long-term evolution)-based mission-critical communications system is being rolled out by mobile network operator EE, which was awarded the contract under the Governments Emergency Services Mobile Communications Programme (ESMCP). It will replace the existing Tetra (terrestrial trunked radio) communications network across the UK with a next-generation communications system that will provide coverage for all three emergency services and other public safety users. The ESN will provide critical voice and broadband data services with appropriate coverage, public safety functionality as well as appropriate security, resilience and availability.

EE said its 4G network will significantly improve the efficiency of the emergency services by giving them access to the type of data and applications that have benefitted private businesses in recent years.

Commander David Musker, ESMCP lead at the MPS, commented: The ESN promises new capability, particularly in the area of data transfer, and therefore has the capacity to support positive business change and deliver new or improved services in support of the MPS Total Policing vision.

This first step in the MPS wider adoption of the ESN places us in the vanguard of users addressing control room readiness.

The MPS, in partnership with the Mayors Office for Policing and Crime, has signed a contract with the communication and information systems specialist Frequentis to ensure its control rooms across London can manage ESN calls from the start of the national transition period.

It will modify the MPS existing integrated communication and control system (ICCS), which was originally procured from Frequentis in 2005 and has been fully operational since early 2007.

This will be achieved in part through the introduction of its unified trunked radio gateway, which was successfully implemented in support of the Bavarian G7 Summit in June 2015 and will soon be at the heart of the MPS dispatch environment, handling in excess of five million radio calls per month.

Once deployed, MPS users will be able to operate freely on both the current system and the ESN within coverage areas throughout the period of transition. It will also provide seamless integration with the existing CCTV and APLS (automatic personnel location systems) functions without the need for additional training for operators.

The ESNs use of LTE presents many opportunities to improve the business process and Robert Nitsch, director of public safety for Frequentis, said: The worlds emergency services are increasingly looking to LTE as their next step in the provision of mission-critical communications. The UKs ESN is the first large-scale implementation worldwide of this type of solution and we are proud to be an integral part of supporting the MPS in its provision of excellent critical control room services.

Nødnett, which was officially opened on December 1, 2015, is a nationwide digital network for police, fire and rescue and health services.

Its key characteristics are resilience and talk groups within the agencies, as well as groups in common with other emergency services. Additionally, users with Tetra radios can send and receive text messages and exchange small amounts of data.

Contact centre operators can easily switch between internal and external radio communications with officers in the field and manage all of the talk groups Nødnett provides to coordinate emergency responses.

Advantages provided by the Nødnett network include having all voice communications provided with digital audio quality, secure encryption, the best possible radio coverage even in rural areas and cross-agency communication in one network.

IT initiative will boost 999 responses