The Metropolitan Police Service has set out its plan for tackling violence against women and girls, targeting perpetrators and raising the standards of its officers. 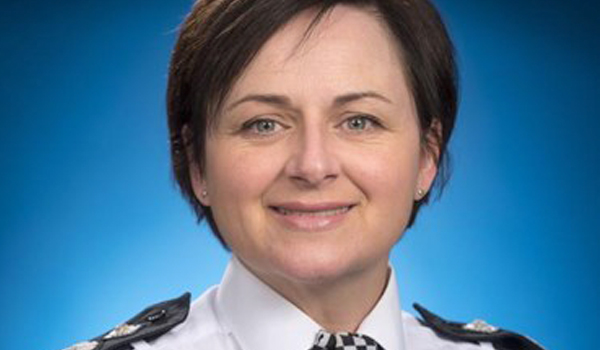 A draft version of the plan was published last November and responses from more than 1,400 members of the public were received. The force also met with victims to hear first-hand their experiences and thoughts on how its response could be improve.

The MPS also hosted a series of roundtables with charities and other organisations and sought feedback from key national figures working in this area.

Assistant Commissioner Louisa Rolfe, said: “I am extremely grateful to the many Londoners who provided us with feedback and for the opportunity to discuss our plan with groups who work tirelessly to support victims in London. Many of these organisations are small charities doing brilliant work across London every day. I am particularly grateful to the victims who courageously shared their stories and rightly challenged us to improve.

“We have listened carefully. The feedback was clear. Londoners want to see more about the work we’re doing to build trust with women and girls across London so they can be confident that when they report violence and abuse we will take it seriously. This is really important to us too and we have set out how we will achieve this in our plan.

“They have also asked we involve victims and specialists more in shaping our priorities and scrutinising our work. Our plan includes more regular consultation with women and girls, community-led scrutiny of our work and building stronger relationships with organisations working in this area across London.”

“The public wants us to improve victims’ experience of the criminal justice system. This is also incredibly important to us. We are working with the Crown Prosecution Service to increase charges for rape and domestic abuse, and the use of protection orders.

“A wholesale independent review of culture and standards in the Met is under way but we have not waited for this to begin. We are investing in our professional standards and will make sure we are as robust as we can be in rooting out officers who should not be serving.

“With this feedback we are confident we have made our plan even better. Women and girls have the right to feel safe, at any time, day or night, in public or at home.”

Ms Rolfe said that raising professional standards is “front and centre” of the updated plan and that she is determined to root out those officers whose actions damage the reputation of the force as a whole.

“I’m devastated when I see poor behaviour and I’m really sad because I know that a very small number of people are attracted to policing for the wrong reasons, for the power the uniform might afford them and they might use that and abuse that power to abuse victims and that makes me very, very sad,” she said.

“But it makes me ever more determined to root it out and ensure that people can trust the police service because the vast majority of us care a great deal about this and we want to work with women and girls across London to ensure their safety.”

Ms Rolfe said 50 more investigators have been added to the MPS#s department for professional standards, and that the force is “acting swiftly and robustly” when poor behaviour by officers comes to light.

“There will be more offences and incidences coming to light; we’re an employer of more than 40,000 people in London, but we are really clear about our expectations,” she said.

The force has received more than 1,400 responses from the public on the plan after publishing a draft in November. As well as eradicating unacceptable behaviour by officers, the plan sets out how the Met will target perpetrators and improve outcomes for victims in the justice system.

Ms Rolfe said: “We wanted women and girls in London to feel that they had influenced this plan so we’ve been consulting.

“They wanted us to be really clear about the work we’re doing to improve our professional standards and to root out bad behaviour in the Met, so we’ve put that front and centre of our plan”.

She said the public also wanted an improvement in the justice response to offences, and that the Met is working with the Crown Prosecution Service to increase charges for rape and domestic abuse and the use of protection orders.

The public have also asked that the MPS involves victims and charities in shaping its priorities and scrutinising its work, she said.

“I would expect every specialist organisation who supports victims across London to have a good, strong, trusting relationship with officers at an operational level, so they don’t just meet us at senior meetings,” Ms Rolfe said.

As well as fury over the handling of the case of Ms Everard, who was kidnapped, raped and murdered by Met constable Wayne Couzens in March last year, the Met has faced criticism over the subsequent treatment by police of people at a vigil held in her memory during coronavirus restrictions.

The sharing of photographs of two murdered sisters, Bibaa Henry and Nicole Smallman, by officers, also sparked anger. There has also been outrage over revelations that officers at Charing Cross police station shared violently racist, misogynist and homophobic messages, and concerns over the force’s ability to tackle corruption within its ranks.

Earlier this week, a serving MPS officer was charged with sexually assaulting a colleague while on duty.

Statistics released by the MPS suggest one in five women in the UK will experience sexual assault during their lifetime, while one in four will experience domestic abuse. In London specifically, recorded domestic abuse cases have increased by 26 per cent in five years, and in 2020-21 alone, the force recorded more than 19,000 allegations of sexual offences.

Asked about how the force can rebuild trust in light of such offences, Ms Rolfe said: “I think it’s really important that we have a strong relationship with our communities but also a strong relationship with those brilliant charities and specialist organisations that support victims so that when they have concerns they can come forward to us and talk to us about any concerns they might have about a serving officer or member of staff.

Ms Rolfe also revealed that she has not put her name forward as a potential replacement for MPS Commissioner Dame Cressida Dick who stepped down earlier this year after the Mayor of London Sadiq Khan made it clear he had no confidence in her plans for reform.

“I’m really happy with the job I have,” Ms Rolfe said, “and I have plenty of work to do in London.”