The Metropolitan Police Service (MPS) has launched a trial in which it will test hydrogen powered scooters to reduce the emissions released into Londons air. 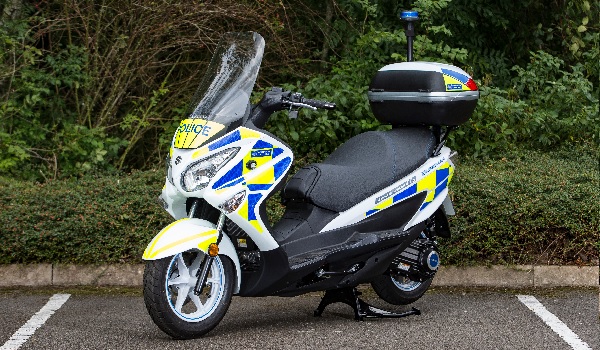 The Metropolitan Police Service (MPS) has launched a trial in which it will test hydrogen powered scooters to reduce the emissions released into Londons air. In line with London Mayor Sadiq Khans campaign to reduce pollution in the capital, the MPS Fleet Services will trial seven Suzuki Burgman Fuel Cell zero emission mopeds for 18 months. Launched on Monday (September 4), the scooters will be used by Police Community Support Officers within the Roads and Transport Policing Command, and will be based at Alperton Deployment Centre in west London. As Suzuki Motor Corporation is loaning the mopeds to the MPS, there will be no cost to the force. The maintenance and fuel costs will be paid by a collaborative project being part-funded by the Advanced Propulsion Centre. Commander Neil Jerome said the force is grateful to Suzuki and its partners for covering the costs and looks forward to the innovative and groundbreaking trial. Being the UKs largest police service, we constantly have vehicles on the roads and therefore it is our aim to make our fleet as clean as we can, whilst maintaining operational capability, he added. Through collaborative partnerships and innovative testing such as this, we can gain real-life experience of how we can progress our ambition and create a cleaner fleet that will benefit London and the service we provide. Managing director of Suzuki GB, Nobuo Suyama, said: Suzuki are extremely honoured to be able to showcase the Burgman Fuel Cell and gain valuable feedback from this important trial with the Met. Operational data from the trial will be gathered and used to support Suzuki zero emission vehicle development programmes. Deploying these vehicles into service with the Met marks a significant milestone in the extensive development of this ground-breaking technology. Being able to release the Suzuki Burgman Fuel Cell to the Met has only been made possible by the support of a number of technology partners; including Intelligent Energy Ltd, with whom Suzuki has jointly developed the Fuel Cell unit for the scooter. In December, the MPS will also trial two plug-in hybrid electric vans for 12 months in a further attempt to reduce emissions in London. One of the marked vans will be used for second response to traffic accidents while another un-marked van will be used as a forensic support unit. The vans are equipped with range extenders, which makes them capable of long journeys that may be required by the force. British Gas, Addison Lee, Clancy Plant and Transport for London will also trial the vans, which are planned for commercial introduction in 2019.