The new Metropolitan Police Service (MPS) commissioner has overturned the decision to remove two officer ranks but said the force will continue to flatten its leadership structure. 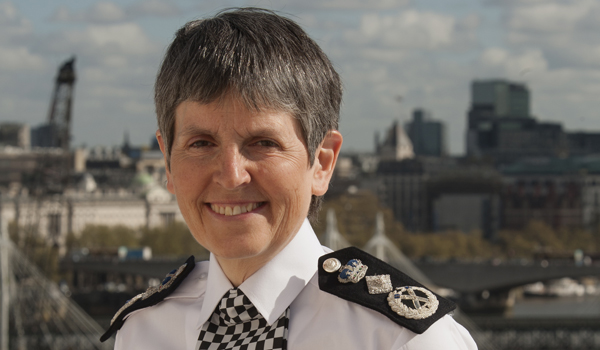 The new Metropolitan Police Service (MPS) commissioner has overturned the decision to remove two officer ranks but said the force will continue to flatten its leadership structure. In October 2016, the MPS announced it was to phase out two of the 11 levels of its hierarchy to give officers more freedom to make decisions and spend less time waiting for decisions to come down the chain of command. However, Cressida Dick, who took over from Sir Bernard Hogan-Howe as commissioner in April, has now said the removal of these ranks is not the best way to achieve its ambitious reforms. The MPS is currently seeking applicants to vacancies at commander level. A MPS spokesperson said: We are committed to an ambitious reform programme as it is necessary to create a Met fit for fighting crime in the 21st century. The commissioner has signaled very clearly that the Met will introduce flatter management structures and that she is increasing the pace of reform. However, after extensive consultation, and due to the step-change to our operational context in recent weeks, she has concluded that removing two ranks (chief inspectors and commanders) entirely, is not the best approach to achieve the outcomes we need at this time. Several forces, particularly smaller constabularies, looked to decrease the number of ranks as budget cuts meant many middle manager posts had to be lost. Wiltshire Police removed chief superintendent, chief inspector and deputy chief constable ranks several years ago. The College of Policings 2015 Leadership Review recommended closer examination of the police hierarchy, concluding that too many levels can inhibit the development of an aspirational culture and reduce the willingness of some to adhere to best practice or seek development opportunities. However, the National Police Chiefs Council (NPCC) decided that a review of ranks and grades needed to go beyond the narrow constraints of looking at the rank structure and has encouraged the service to be innovative and creative in its organisational design. In October 2016, Chief Constable Francis Habgood, who led the review of leadership structures, said there is a growing evidence base to support using Elliott Jacquess five level model of hierarchy and the NPCC developed a set of principles to help forces apply the model to develop a healthy organisational structure. That means thinking less about what rank someone holds and more about their role in the organisation or team they work in, Mr Habgood added. In announcing the U-turn on Friday (August 11), the MPS spokesperson added: In the coming months we will see flatter leadership structures that empower officers to use discretion and make decisions in different units across the Met. We will also continue to work closely with the NPCC lead on reforms to leadership structures and maintain our place at the forefront of this work.