The Metropolitan Police Service (MPS) is to publish in full the damming report into its handling of allegations of a VIP paedophile ring.

The MPS has come under increasing pressure to make public the findings of Sir Richard Henriques, who carried out a review into Operation Midland in 2016.

The report, which identified 43 separate failings by the MPS during the investigation, was only ever released in a redacted form due to the ongoing criminal investigation into Carl Beech, the fantasist known as ‘Nick’, who was the main source of the allegations.

The claims made by Beech were ultimately found to be groundless and last month he was found guilty of 12 counts of perverting the course of justice and one count of fraud and jailed for 18 years.

The MPS has been criticised for its decision to treat the allegations made by Beech as “credible and true” and to use them to raid the homes of those he falsely accused, including Lord Bramall, Lord Brittan and Harvey Proctor.

Following the conviction of Beech, Sir Richard said he believed the raids were illegal and that the officers involved should be investigated for perverting the course of justice.

Last week, the MPS said it might not be possible to publish further extracts from the report as to do so might negatively affect covert operations, but in a statement issued last night (August 6), MPS Deputy Commissioner Sir Stephen House said this decision had now been reversed.

“The impact of Carl Beech’s false allegations and the Operation Midland investigation on many people has been truly dreadful and damaging to them and their families. The then Commissioner, Sir Bernard Hogan-Howe, apologised in person to those most affected by the case. We remain deeply sorry,” said Sir Stephen.

“The MPS commissioned Sir Richard Henriques to undertake a review of Operation Midland because we were determined to learn lessons about our handling of the investigation. The MPS has already embedded the majority of Sir Richard’s recommendations in our working practices.

“As a result of Sir Richard’s report, we voluntarily referred ourselves to the Independent Police Complaints Commission (IPCC). This referral included the applications for search warrants. We fully cooperated with the IPCC – and the now Independent Office for Police Conduct (IOPC) – independent investigation, which lasted more than two years and, having examined all the evidence, did not identify any criminal offences or misconduct. The IPCC/IOPC was the appropriate body to conduct this investigation.

“The MPS has already published a redacted version of Sir Richard’s report pending the investigation and subsequent trial of Carl Beech. We will publish as full a version of the report, as soon as we can, now proceedings are complete.”

Operation Midland was launched in November 2014, when Beech told officers he had been raped and tortured by a paedophile gang, which had also murdered three young boys in the late 1970s.

He named a string of high-profile politicians, including Sir Edward Heath, along with many other senior politicians and high-ranking figures from the military. The investigation later closed without any arrests being made. Sir Richard was asked to review the investigation, but only around 20 per cent of his findings have ever been made public. 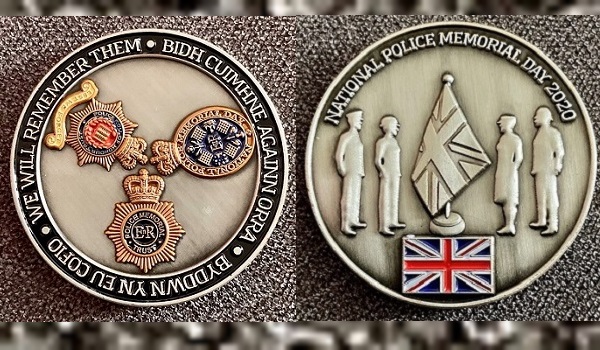