The Metropolitan Police Service (MPS) has accused Uber of deciding what crimes to report to the force in order to protect its reputation. 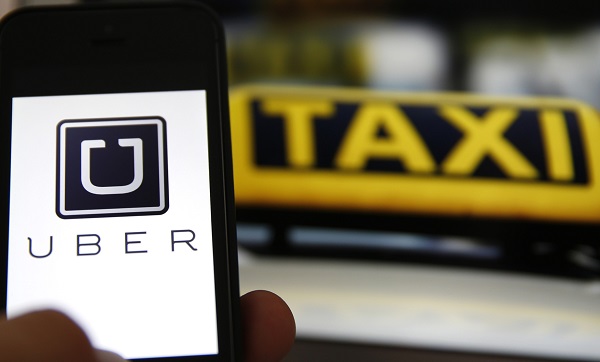 The Metropolitan Police Service (MPS) has accused Uber of deciding what crimes to report to the force in order to protect its reputation. Inspector Neil Billany, head of the MPSs taxi and private hire unit, has expressed “significant concerns after the firm failed to report a sex attack on a woman by one of its drivers, with the omission leading to a second assault on a different victim a few months later. The man was allowed to stay on Ubers books, Insp Billany wrote in a letter to Helen Chapman, head of taxis and private hire at Transport for London (TfL). He said Ubers policy of logging the criminal complaints with TfL  instead of the force directly  had prompted delays of up to seven months before they were investigated by officers, potentially putting passengers in danger. “Had Uber notified police after the first offence it would be right to assume that the second would have been prevented,” he said. Uber said the comments did not reflect its good working relationship with the MPS. Talks are ongoing and a force spokesperson said: The MPS has had contact from Uber which it is currently considering. Alleged cases include at least six sexual assaults on passengers, two public order offences and an assault. The claims come as Uber faces a licence review at the end of September in London, one of hundreds of cities worldwide where the app-based car hire service operates. TfL, which will determine whether to extend the firms licence, said the alleged failure was totally unacceptable. Director of service operations Peter Blake said: We take any concerns about the reporting of sexual and violent incidents extremely seriously and have worked closely with the Met to ensure appropriate action has been taken against these drivers. Any delay in reporting serious crimes is totally unacceptable and we have been in contact with the operator to ask them to respond to these concerns.” Insp Billany speculated that Uber was deciding which matters to pass on based on what was less damaging to reputation over serious offences. In the letter obtained in a Freedom of Information request by London Assembly Transport Committee chair Caroline Pidgeon, Insp Billany detailed how Uber failed to report a sexual assault to the police in January this year. According to his account, Uber spoke with the driver, who denied the offence, then did “nothing more. Then the driver struck again four months later, assaulting a different female passenger. Three days later, Uber fired the driver and informed TfL, which in turn told the force. He also said the female victims in both instances thought Uber would contact the force about the cases, which it didn`t. “It is also worth noting that once Uber supplied police with the victim`s details both have welcomed us contacting them and have fully assisted with the prosecutions,” he said. He added that Uber didn`t automatically report serious crimes in case it breached passenger rights. In another incident, an Uber driver terrified a passenger after getting into a road rage altercation with another driver. The Uber employee pulled what looked like a handgun from a glove box, and chased after the other vehicle. “At this point, the passenger … fled the vehicle in fear,” Insp Billany wrote. It turned out the “hand gun” was actually pepper spray, which is still classified as a firearm, he said. “My concern is two-fold,” he wrote. “Firstly it seems they are deciding what to report (less serious matters/less damaging to reputation over serious offences) and secondly by not reporting to police promptly they are allowing situations to develop that clearly affect the safety and security of the public.” An Uber spokesperson said: “We were surprised by this letter as in no way does it reflect the good working relationship we have with the police. Our team includes former Met Police officers who work closely with the police and act quickly to respond to complaints. If there is a serious incident involving a licensed driver they are