MPS Commissioner on working with the press: Challenge us if were getting it wrong

Cressida Dick has pledged to mend fences to stop the fighting between Britains biggest police force and the media. 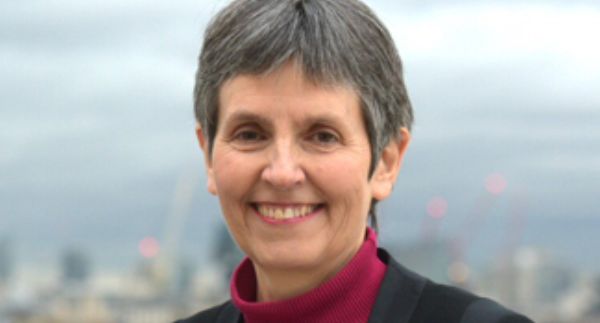 Cressida Dick has pledged to mend fences to stop the fighting between Britains biggest police force and the media. The Metropolitan Police Service Commissioner refused to apologise for Operation Elveden, the investigation into allegations of inappropriate payments to police officers and other public officials that saw more than 30 journalists arrested or charged but then not convicted. She told newspaper editors she wanted to move on  post-Leveson  to work with the press in a transparent vein that does not categorise a journalist in the same way as a relationship with a criminal. But Ms Dick stressed that the shared goals of getting to the truth to investigate those intent on harm should not be an excuse by policing to say to the press dont challenge us. As a citizen, I dont want to see media freedom curbed  if we are getting the balance wrong we should be held to account, she added. Speaking at the Society of Editors?conference in Cambridge, she said: I wanted to try and get through this speech without mentioning Leveson, but I cant. I do think that right now we do have more integrity and better foundations for the relationship the public expect us to have. Quite simply the public was not going to accept things staying as they were, I wont apologise for Operation Elveden  corrupt police officers and other public officials were locked up for taking money for information  that is a good result. Whilst an officer was dealing with a horrific death, his colleagues priority was to provide a newspaper with personal details of that victim  that is not right. I know that journalists were charged and then cleared and that caused a great deal of anger. I only ask that we try to move on now with clarity and lessons learnt on all sides. I will be transparent in my relationship with the press  the public expect that. However, a relationship with a journalist should not be categorised in the same way as a relationship with a criminal  that sends out the wrong message to everyone and destroys confidence on all sides. Keen to re-set the relationship, she pointed to her officers having more confidence in dealings with the press. We are providing information on the big issues, providing dozens of media facilities every week, encouraging our local officers to speak directly to their local media, she said. As with the axing of police station front counters across the capital, she sympathised with local papers closing at a worrying rate, adding: That is sad for those communities and devastating for journalism. And despite policings huge reach through its own social channels and hyper-local conversations, she stressed: That is not us going in to competition with the media. We have to be where the conversations are and where the public are looking for their information. But I believe that can sit alongside quality journalism including local journalism and we should not be there to replace it. She said she would encourage the MPS to be as open as possible within professional boundaries while maintaining the integrity of our investigations and responsibility in holding the most personal information, adding : I will listen to criticism and new ideas. The Commissioner  keen to set the tone personally for a new era of mutual cooperation and joint training opportunities with London journalists  offered an outward facing, confident but humble force of the future. She called on local newspaper editors to look at how you can prevent crime before it happens including mobilising readers to help the police and not expect us to do everything for them, making sure all your reporters know what their responsibility is to safeguarding the most vulnerable  even above getting a story. Ms Dick said she was proud to lead an infinitely more professional, diverse, accountable, transparent, humane police force than the one I joined in the 1980s. While transparency and scrutiny does not always r