The House of Commons has concluded that the current Joint Enterprise legislation needed to be “put right” to avoid incorrect police charges. 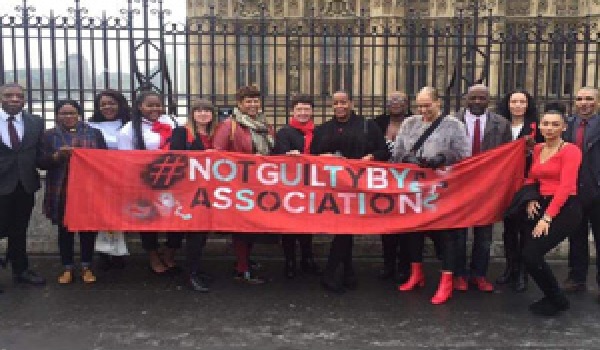 The House of Commons has concluded that the current Joint Enterprise legislation needed to be “put right” to avoid incorrect police charges. MP Lucy Powell submitted a cross-party motion last week (January 25) calling for the Government to put forward proposals to clarify the controversial law. The Supreme Court ruled two years ago that the legislation had been misinterpreted in suspected murder cases for over 30 years; police and judges had been misreading “foresight” of potential fatal consequences with “intent” that there should be a fatal consequence. It was ruled that suspects should be charged with murder only when it can be proved they possessed actual intent as opposed to having associations with other persons or events. The ruling was predicted to lead to a huge number of appeals from those convicted. However, none of these have been successful with over two-thirds being rejected. The Shadow Justice Minister Yasmin Qureshi was concerned that “the ruling turned on the judgment that an individual foreseeing a possible crime does not equate to automatic authorisation of it, as the law had been interpreted in previous cases”. However, the absence of any official statistics has made it “difficult to assess how big an impact the wrong turning in the law… has had in practice”. The debate was largely informed by academic research, such as the study Dangerous associations: Joint enterprise, gangs and racism, by Manchester Metropolitan University which said that not only is the legislation misinterpreted, but also leads to unequal outcomes for ethnic minorities as “more than half of all those serving life sentences are children or young adults, and more than half are from a black and ethnic minority background.” MP Chuka Umunna noted that the proportion of black people convicted is “11 times the proportion of black people in the population”. And senior Conservative MPs, including Andrew Mitchell, supported the cross-party motion. Mr Mitchell described the legislation as “a failure by our criminal justice system to distinguish between gangs and groups”. Calls for a review of the law have been supported by campaign group, Joint Enterprise: Not Guilty by Association (JENGbA) whose work to support families of the 800 men, women and children convicted was highly commended in parliament. Jan Cunliffe, a spokesperson for JENGbA, higlighted the importance of the legislation in aiding correct police practice. “After last weeks parliamentary debate at the House of Commons JENGbA would hope that once the DPP (Director of Public Prosecutions) issues her long awaited joint enterprise guidelines for prosecutors that the police will also issue guidance. “We believe Joint Enterprise works hand in glove with a target driven police force and a target driven CPS in over charging and over-criminalising individuals. We are aware with targets there comes pressure. This is a major concern for us especially when more and more frequently the law being used to convict is a common law that has been acknowledged as being misinterpreted for over three decades.” If the law is reviewed then there will be more pressure to establish the clear line between association and intent that causes disproportionate amounts of young people and black and ethnic minorities to be charged. Former police officer and Shadow Minister for the Home office, Afzal Khan, also expressed that “it is essential we have greater transparency, through the official statistics, about the make-up of joint enterprise defendants”. The NPCC said it does not wish to not comment until the Director of Public Prosecutions has provided guidance on the issue.