The Metropolitan Police Service (MPS) breached the rights of organisers of a vigil for Sarah Everard with its handling of the planned event, High Court judges have ruled.

Reclaim These Streets (RTS) proposed a socially-distanced vigil for the 33-year-old, who was murdered by former MPS officer Wayne Couzens, near to where she went missing in Clapham, South London, in March last year.

Four women, who founded RTS and planned the vigil, brought a legal challenge against the force over its handling of the event, which was also intended to be a protest about violence against women.

At a two-day hearing in January, Jessica Leigh, Anna Birley, Henna Shah and Jamie Klingler argued that decisions made by the force in advance of the planned vigil amounted to a breach of their human rights to freedom of speech and assembly, and say the force did not assess the potential risk to public health.

The High Court was told that senior officers in the force considered that “perceived reputational risk”, rather than public health, was the biggest “threat” when the force decided to “effectively veto” the vigil.

The MPS defended the claim and argued there was no exception for protest in the coronavirus rules at the time and it had “no obligation” to assess the public health risk.

Lord Justice Warby and Mr Justice Holgate gave their ruling on the case this morning (March 11).

The four women asked for a declaration that their human rights were breached and were seeking £7,500 in damages, which they said they would donate to a charity concerned with violence against women if they are successful.

They withdrew from organising the vigil after being told by the force they would face fines of £10,000 each and possible prosecution if the event went ahead, the court heard.

A spontaneous vigil and protest took place instead – over which the force was heavily criticised for its actions.

MPS Assistant Commissioner Louisa Rolfe said: “I remain deeply saddened by the murder of Sarah Everard and utterly disgusted that it was a serving Met officer who took her life. That sadness is shared by colleagues across the Met.

“We know the impact this terrible crime has had on our communities and recognise that the vigil on Clapham Common on 13 March 2021, organised to remember Sarah, was intended to give people the opportunity to express themselves. We know how strongly people felt in wanting to come together and have their voices heard.

“Throughout the pandemic, officers worked hard to respond with a proportionate policing operation to each planned gathering, applying the differing Coronavirus Health Protection Regulations in place at the time. The High Court found that we did not act lawfully and that our application of the regulations was not correct.

“The Met worked very hard in challenging circumstances to interpret and apply the regulations lawfully and proportionately, despite numerous changes during the pandemic. The policing operation around the vigil was scrutinised through an independent review by Her Majesty’s Inspectorate of Constabulary and Fire and Rescue Services.

“We are considering the judgment very carefully before deciding whether to appeal the court’s decision. The Met is mindful that this judgment has potential implications in other circumstances for how a proportionality assessment is to be carried out when considering enforcement action. This may apply beyond policing the pandemic. Even in the context of the regulations that kept us safe during the pandemic, this may have important consequences.

“The Met unreservedly endorses the principle that fundamental freedoms, such as those exercised by the claimants in this case, may only be restricted where it is necessary and proportionate for a lawful purpose. Consideration of an appeal is in no way indicative that the Met do not consider such protections to be of the utmost importance. It is, however, incumbent on the Met to ensure that this judgment does not unduly inhibit its ability, and that of police forces across the country, to effectively balance competing rights in a way that is operationally deliverable.” 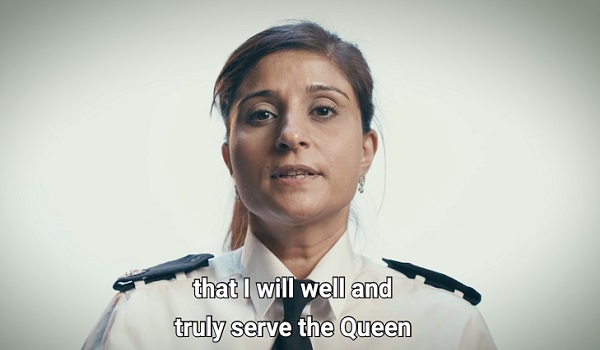