MPF chair: days of Masonic influence in policing are just so far gone

Allegations that Freemasons are blocking reform and diversity in policing are unfair and untrue, according to the chair of the Metropolitan Police Federation (MPF). 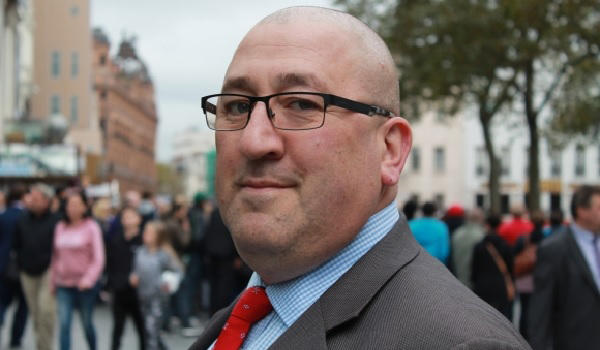 Allegations that Freemasons are blocking reform and diversity in policing are unfair and untrue, according to the chair of the Metropolitan Police Federation (MPF). Ken Marsh said he was bewildered by accusations that secretive cabals of Masons are preventing female and black and minority ethnic (BME) officers from reaching the top tiers of policing. Mr Marsh, himself a Mason, claims he has never known colleagues exploit their membership of the society for personal gain or to prevent others progressing. He was responding to allegations by former national federation chair Steve White, who recently said female federation representatives have approached him and raised concerns over the influence Masons hold in the service. Three of the nine members of the MPFs executive board are Freemasons. Im really struggling to see how Freemasonry is hampering BME and female officers coming forward, said Mr Marsh. I have never seen anything like that in my tenure as chairman of the police federation and I have never seen anything like that in my service  and Ive done 20-plus years. Im just amazed by it. We have more BME and female fed reps than any other force in the country. Within our exec, 33 per cent are BME and 13 per cent are female. Across the whole of our fed reps, considering weve got 280, around 16 per cent are BME and 18 per cent are female. Thats far higher than the national statistics. Please tell me how this is supposed to be happening. Concerns over Freemasonry and police stretch back to the 1960s when it was alleged that officers who were part of a lodge were susceptible to corruption. Former Metropolitan Police Service commissioner Sir Kenneth Newman publicly raised concerns over the integrity of officers who refused to declare their membership of a lodge and advised officers to avoid joining. Since then, successive commissioners have also voiced their opposition, with Sir Bernard Hogan-Howe expressing favour for a register of membership if possible. Lynne Owens, director general of the National Crime Agency, also said she struggles to align secrecy of membership with the Freemasons and policings principle of transparency, despite knowing some honourable Masons who are open to the debate. Mr Whites comments, made to The Guardian shortly before he stood down as chair of the Police Federation of England and Wales, mirror previous concerns about colleagues in other branches of the PFEW blocking reform. The United Grand Lodge of England has claimed the article misrepresented Mr Whites views and shows a complete and disappointing misrepresentation of Freemasonry. However, Mr White told Police Professional he stands by his statement, adding UGLE has no right to apparently report my opinion. Mr Marsh denies that Masons would be able to exert any influence in the MPF even if they wanted to as just 33 per cent of the executive board are members of the organisation. He added that former MPF chair John Tully  another Freemason  did not help him get appointed as he never even spoke to me”. I would challenge anyone to say that I have ever tried to use the word Freemasonry to achieve, obtain or procure anything within the work I do, he said. I am far too professional to consider something like that. As part of being a Freemason, I have raised over £1.3 million for charity and have been awarded an MBE for it. I have never, ever, seen anyone give me a foot up or any other rubbish that is being spoken about. Its a little bit sad really. We are in 2018. Those days are just so far gone. Weve moved heaven and earth to make the federation more open, more public, and more available to the officers  as it should be. Chief Constable Martin Jelley, national lead for ethics and integrity, claims it is clear that concern over real or perceived threat to impartiality of this has decreased. He added: If convincing evidence ever came to light which clearly showed that Freemasonry was adversely affecting the integrity of th