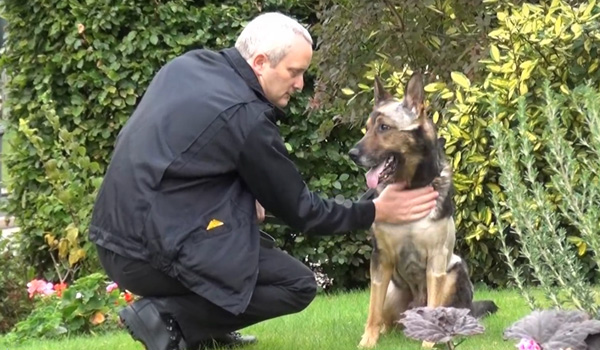 Proposed legislation introducing greater protections for police animals has passed its first stage in Parliament. North Hertfordshire MP Sir Oliver Heald brought a ten-minute rule Bill on Finns Law after claiming there is a legal gap in how service animals are treated. The Bill would make it a criminal offence to attack animals such as police dogs and horses, and would make certain offences aggravated when committed against them. Finn`s Law is named after a former Hertfordshire police dog who sustained-life threatening injuries while protecting his handler from a knifeman last year. Sir Oliver said: The Bill I am proposing would create a clear offence of attacking a service animal, triable either way, with appropriate sentences and a maximum of five years imprisonment on conviction by a Crown Court. The term service animals provides sufficient scope to include not only animals in public service, such as police dogs and horses, but guide dogs and assistance dogs that help those with disabilities. We are lucky in Britain to have fantastic and brave service animals like Finn, but there is a gap in the law. These animals should not be treated as equipment, but as what they really are: key members of the law enforcement team and providers of essential services. It is time for Finns Law. Finn underwent emergency treatment in October 2016 after helping Police Constable Dave Wardell restrain a suspected robber in Stevenage, Hertfordshire. The dog placed his head between the attackers blade and his handler  an action PC Wardell claims saved his life. The offender was later charged with actual bodily harm for assaulting PC Wardell, but could only be charged with causing unnecessary suffering to an animal or criminal damage for the wounds inflicted on Finn. Sir Oliver said neither offence really captures the seriousness of an attack on a service animal. The court eventually ruled that no charges could be brought for attacking Finn as it believed his injuries were insufficiently serious to warrant a separate penalty. Former Policing and Fire Minister Brandon Lewis has already pledged to examine what more could be done to introduce harsher sentences for those who attack police animals. The Bill was read for the first time on Tuesday (December 5) and will receive a second reading on February 23, 2018. Finn has since retired from Hertfordshire Constabulary and now lives with PC Wardell and his family.