Moving tributes have been paid to murdered police officer Matt Ratana by his family, friends and colleagues at his funeral service.

The coffin and floral tributes in the church before the funeral service of police officer Sergeant Matt Ratana.

The memorial for the 54-year-old at a chapel in Shoreham-by-Sea, West Sussex, was attended in person on Wednesday (November 4) by a limited number of his family, friends and close colleagues due to coronavirus restrictions.

But the event was live-streamed around the world so well-wishers, including loved ones in Sergeant Ratana’s native New Zealand as well as in the UK, could join the service.

His coffin was covered in the ceremonial drape of the Metropolitan Police Service (MPS), which is used for a death in service, with his police cap placed on top.

Along with flowers, there was also a traditional Maori fighting weapon called a mere, which the chief of a tribe would hand down to his son, sent as a sign of respect from New Zealand police, where he worked from 2003 to 2008.

The coffin stood in front of a photograph of the officer wearing his East Grinstead rugby shirt, with a fern tree, a symbol of New Zealand national identity, to one side.

At the other side was a table with a photo tribute from his son Luke, which read: “Dad, Till we meet again, Aroha nui (much love) Luke,” with pictures including a fern, along with the officer’s police medals.

A tribute from his partner Su Bushby was read at the service on her behalf by friend Lorraine Dray.

She said: “Matt made the most of every minute of his precious 54 years. In any situation or room he walked into, his presence would always be felt. Like a big ball of energy.

“You were taken far too soon, your gym, rugby and policing family will help your legacy, your kindness and your spirit live on.

“You have touched so many people’s lives, you will be truly missed. My life has been richer and funnier for knowing you and I feel blessed you were in my life.”

She remembered her partner’s “big, infectious smile” and said he would want everyone who knew him to remember him with love.

Ms Bushby’s tribute continued: “For now I’m not going to say goodbye my darling, but see you one day.

“Matt, my partner, my friend, my confidante and my soulmate. You will always be in my heart and in my soul. I miss you. I love you.”

A tribute was also read out on behalf of relatives in New Zealand – including his brother James, his sister Jessica and his stepmother Dianne – by MPS colleague Detective Constable Neil Perkin.

They said: “The nature of Matt’s death has been a harrowing experience for his family and friends here in New Zealand and around the world.

“Magnified by the distance and by the epidemic facing us all, which has prevented any of us being able to travel to his service today.

“However we are comforted by the knowledge that he is with people who love him as much as we do, and that his remains will return home, to his final resting place with his ancestors.”

His son Luke, who is also a police officer, said he had been touched by the tributes paid to his late father.

In a tribute read on his behalf by Mr Perkin, Sgt Ratana’s son said: “My dad Matthew was certainly larger than life and a man loved by so many people.

“It is deeply touching to see the tributes that have been paid to him and the outpouring of love and support from friends, family, work colleagues, the rugby community and the people of the UK and beyond.

“It makes me very proud to see the impact that he has had and how he touched the lives of so many.

“This has been a devastating and tragic event, but nothing we can do can change what has happened.

“My wish is that people come together, support one another and find solace and comfort in the sharing of their happy memories of Matthew’s life.

“Goodbye Dad. Rest in peace till we meet again.”

Sgt Ratana was killed when he was shot by a handcuffed suspect at Croydon Custody Centre in South London in the early hours of September 25.

Floral tributes in the chapel included a wreath from Home Secretary Priti Patel, which read: “In memory and remembrance of dear Matt, for his selfless sacrifice, courage and service.

“You will be forever in our thoughts and in our hearts. May you rest in peace. Home Secretary.”

Other floral tributes included an All Blacks rugby shirt with “Matt” in white lettering, along with wreaths from the East Grinstead rugby club and South Coast Gym.

In an interview recorded ahead of the funeral, MPS Commissioner Dame Cressida Dick said: “Matt was a great police officer, he was a brilliant sergeant and he was a lovely man. He led a very purposeful life. He packed an awful lot in. He was loved in the Met and by the public that we work with. But there was so many other sides to him that people will know little about, beyond his policing life. He was a truly skilled, very professional, very capable police officer and it’s a huge loss.

“Because of Covid, we can’t have the normal big force funeral that so many colleagues here and around the country and beyond, would expect in such tragic circumstances, where police officers and members of the public turn out to pay their respects in large numbers. We’ve planned this funeral in support of what Matt’s partner and his family want – and of course in a Covid-compliant way. It will be a great opportunity to pay tribute to him, to be able to pay respects to him and to celebrate a life very well lived.

“Today and on the day of his funeral, I am really thinking about Matt. I am thinking about his family, his friends, those who were closest to him and his colleagues who were there on the night.

“It’s a tragic, tragic event and the day of the funeral is a really important day. The whole of the Met will be thinking about Matt and those who loved him.

“It was very striking that after Matt was killed, so many of the public – both where he had worked in Croydon and in Hackney – and across London, people who had come across him in his work wanted to contact us or his partner and family, to say how they had found him to be such an excellent, kind, caring and capable police officer.

“The wider public also showed a lot of support for Matt and what he stood for and for the Met. The support about and for Matt has been very comforting to his family – his partner has certainly told me so and it has been some comfort to his colleagues, some of whom have been very badly affected by what has happened.” 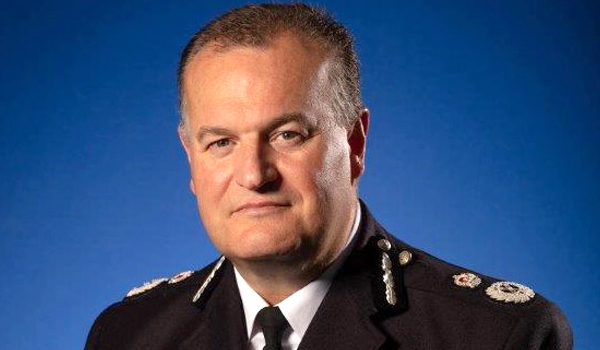 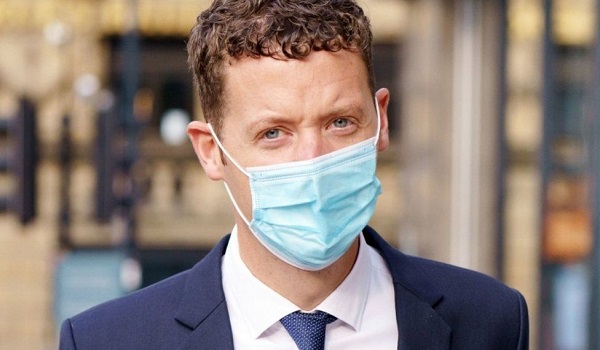