Trials that led to a police officer being jailed for 22 years for historical child sexual abuse may only have “scratched the surface”, lawyers claim after seeking the right to pursue his force on behalf of a victim. 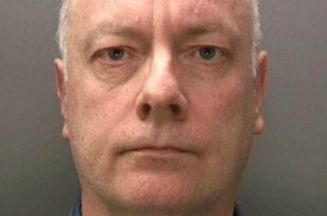 Trials that led to a police officer being jailed for 22 years for historical child sexual abuse may only have “scratched the surface”, lawyers claim after seeking the right to pursue his force on behalf of a victim. Former Sergeant Allan Richards was convicted last year after committing 40 offences against boys and young men in crimes dating back to the 1970s. Seventeen were found to be victims of abuse or exploitation, with his offences including rape and indecent assaults. Over two trials, Birmingham Crown Court heard how he had sexually abused boys at police stations, at scout camps, in swimming pools, in a park, at his home, and other locations. Now Cyrilia Davies Knight, civil liberties specialist at Hudgell Solicitors, believes it is “highly likely” there were more victims than those who formed part of the criminal cases against Richards. It comes as she is currently supporting one of his victims  and preparing a civil legal case against West Midlands Police (WMP) on his behalf. It is alleged that WMP twice failed to stop Richards  a former Scout master  despite complaints being made. He continued to offend. We have serious concerns that there may still be many people out there who were victims of Richards and have still not come forward. That means they are still to receive any form of relevant and probably much needed support, and are still coping alone, said Ms Davies Knight. It was only last year that officers from West Midlands Police contacted our client and told him some other victims had come forward. He has, quite understandably, been badly affected by what happened to him and it has had a huge impact on his life to this date, and will do for the foreseeable future. He was contacted as the police had put Richards details through the database to see which cases he had worked on. That is when our clients name came up. This is far from a complete record of the young boys Richards came into contact with though over many years. The judge in court described him as someone who would have been a predator for the whole of his adult life, and therefore someone who would likely find a way to get to young victims in many ways, such as through his position as a scout leader. It is clear from supporting our client that Richards relied on his position as a police officer to frighten his victims and intimidate them into never speaking out. Our client would not have come forward. He simply didnt feel he could. Many people would also perhaps feel unable to come forward and face the trauma of giving evidence in court as our client, and others, so bravely did. It is likely that the trials may have only scratched the surface in terms of identifying the true number of victims. The victim represented by Ms Davies Knight had been introduced to Richards having already been the victim of a rape. Rather than providing support in his role as a police sergeant, Richards abused him and threatened to “make his family disappear” if he did not do as he said. The victim, who cannot be named for legal reasons, said: The abuse was something I had locked away inside for almost 20 years. I couldnt talk about it and it was very difficult giving evidence for the trial. In many ways, when the police contacted me, I wasnt shocked to find out there had been more victims, I probably expected it. I just didnt expect him to be caught as I assumed people would have been the same as me. He was a police officer and I was afraid of him and afraid of saying what he had done. I am glad I gave evidence but others may have not felt able to come forward. Its not easy to deal with and I dont trust many people now. You lose trust, and again, that can stop you from speaking out. Richards was convicted last October of carrying out nine indecent assaults against six boys aged 11 to 15 at camps, swimming baths and other locations between 1982 and 2003. He had already been found guilty earlier in the year of a further 31 sex offences against other boys, including two rapes, goi