A volunteer deputy police and crime commissioner (PCC) has been appointed to help Bedfordshire Police become a centre of excellence for policing human trafficking. 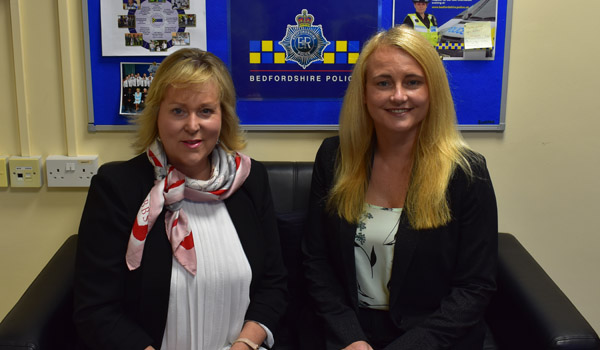 A volunteer deputy police and crime commissioner (PCC) has been appointed to help Bedfordshire Police become a centre of excellence for policing human trafficking. Justine Currell, executive director of charity Unseen, has agreed to help Bedfordshire PCC Kathryn Holloway on modern slavery issues several days per month on an unpaid basis. Ms Currell has previously served as a senior policy advisor in the Home Office and led on the development of the Modern Slavery Act as well as pilot tests for the National Referral Mechanism. Ms Holloway said she could not justify the salary of a deputy given Bedfordshire Polices budget constraints. She added that Ms Currell has worked very extensively in the Home Office and can help me take the facts about Bedfordshires funding position directly to civil servants, just as I have been doing where the Home Secretary, policing and security ministers are concerned for the last 17 months. Ms Currell said: I am absolutely delighted to take up the voluntary position of deputy police and crime commissioner for Bedfordshire. Supporting Commissioner Holloway to achieve her eight priorities, in improving the way Bedfordshire Police operates within the county, is something I am very passionate about and cant wait to be involved in.