Simon Jones, business stream manager at Airwave, has hit back at suggestions that Airwaves Terrestrial Trunked Radio (TETRA) network is not suitable to carry mobile data for the police

Simon Jones, business stream manager at Airwave, has hit back at suggestions that Airwaves Terrestrial Trunked Radio (TETRA) network is not suitable to carry mobile data for the police.

He was responding to claims made by RIMs UK government strategic manager, Graham Baker, that the communications infrastructure that Airwave uses does not meet the demands of the kind of data services the police will need in the future.

Speaking to the technology news site ZDNet.co.uk, Mr Baker said: Airwave is still predominantly used for secure radio communications and utilises the TETRA infrastructure, but is not optimised to carry both voice and applications traffic. The TETRA radio frequency doesn`t have the bandwidth [to carry the necessary data].

But Mr Jones told Police Professional: Their statement is incorrect; it is both misleading to police forces which seek clear, honest guidance from industry, and does a disservice to those forces and other public safety organisations who today successfully utilise the Airwave TETRA network to underpin innovative and operationally-critical operations to serve the public better, more cost effectively or faster.

For example, he said, Northern Constabulary is using the Airwave network to distribute images to TETRA handhelds used by its officers on the beat. These colour pictures are received quickly and reliably by officers in the field, adding additional information on missing or wanted persons.

Another example is Lancashire Constabulary which is using the Airwave TETRA network as part of its mobile data implementation, said Mr Jones. Vehicle-based officers have access to a range of the forces IT systems, including email and missing from home images.

Stuart Fillingham, head of ICT for Lancashire Constabulary, said: TETRA is as good as or better than GPRS in terms of speed and performance for our current needs to access data and photographs in an operational policing environment. Lancashire Constabulary was recently awarded a European Public Sector Award for its mobile data solution.

As an ETSI standard, TETRA has inherent support for voice, short message and Internet Packet (IP) data, and from the outset the Airwave network design and implementation has focused on its data capability as much as its voice.

Airwaves TETRA implementation has a dedicated packet data channel, meaning when the network is being fully utilised for voice, data can still be sent and received by the Airwave network, said Mr Jones.

Additionally, Airwaves TETRA network provides 99.9 per cent coverage on the metalled roads of Great Britain, far greater than any public mobile network where coverage design is heavily influenced by population density. This is an important consideration, as police officers will be most reliant on mobile data when remote from their colleagues and stations.

Just as mobile phone reception varies according to location, so will the police users if they rely solely on GPRS. This can lead to situations where officers will not be able to run mobile data checks in certain areas of their beats and crime scenes.

Mr Jones said that the operationally-critical nature of the work carried out by police, fire and ambulance services, means the mobile networks they depend upon must offer the highest availability. Public mobile networks, however, struggle to offer such high levels of resilience.

The Airwave network was designed with resilience at its heart. When there is major catastrophe, public, consumer networks have been known to freeze  as was the situation during 7/7. The London Assembly July 7 Review Committee reported that the public networks failed through sheer overload. The Airwave network service remained in operation throughout.

It is this proven coverage, capacity and resilience that led fire and ambulance services to select Airwave for their communications  after extensive technical evaluation and testing  and for whom mobile data represents a significant propo 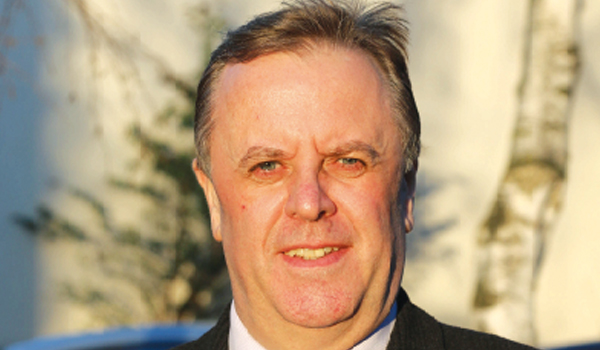