When Surrey Police worked alongside Kent Police and the Metropolitan Police Service in Septembers Operation Lockdown  a joint police initiative using automatic numberplate recognition (ANPR) technology to identify criminals on the M25  it took full advantage of mobile satellite broadband in the field to get quick access to national and local police computer databases.

By being able to identify, within seconds, suspect vehicles travelling through the county or coming into the county from other counties  and operating in conjunction with police cars located close by  the force is able to apprehend suspect vehicles within a few minutes of being identified.

The impact of mobile satellite broadband, combined with ANPR systems and integrated computer databases, has been massive says Paul Palmer, head of Surrey Polices ANPR team, and goes far beyond merely apprehending vehicles involved in the commission of crimes.

Our ANPR strategy is Operation Shield  protecting our border and communities, which is basically a ring of steel in the shape of ANPR cameras around our borders, explained Mr Palmer. If anyone is going to come into the county to commit crime then we can pick them up at the borders. With our home-grown criminals we can pick them up fairly quickly within the county and find out what they are up to.

He said the systems are used in several ways. For intercept, for example, when a vehicle passes through the cameras and is matched against the hot list it sets off an alarm. That alarm appears on the operators screen within four to six seconds, who then puts out the information immediately to the intercept teams.

Mr Palmer says another screen can have all the fixed sites running so they can place the mobile system within an area without the fixed-site coverage, yet still monitor the fixed-site cameras. This, he says, vastly expands the area of operation and deployment opportunities and if something big comes in we can deploy to it straight away.

The force uses satellite broadband solutions from Excelerate Technology, which have been successfully deployed at events such as the London Olympics, the Royal Wedding and the Queens Diamond Jubilee. This data, video and voice technology is designed to increase operational effectiveness, enabling the emergency services to securely transmit and receive information in real-time, improving decision-making, interoperability, multi-agency cooperation and response.

Mr Palmer says one of the key benefits of using Excelerates mobile satellite broadband is that if Surrey Police uploads data from other forces, it sends it straight from the back office to the ANPR van.

If a vehicle comes past [a van or a fixed site] which has just recently been stolen  literally within minutes  and which has been placed on a lost/stolen marker, the system will scan the loaded hot list. If it doesnt find the number because it is so new it fires that index number off to the Police National Computer (PNC) where it will find it in the fast-track pool. So even if it is only a couple of minutes old the system will still pick it up.

In terms of Surrey Police alone, we have had five markers come through for people potentially wanted for murder who were stopped and arrested.

Operation Shield is based on evidence that nearly 40 per cent of all crime in Surrey is committed by offenders who live outside the county.

The mobile vans allow Surrey Police to provide coverage in areas that perhaps would not need it all year round, such as major events where the technology allows a mini Ring of Steel to be put in place. 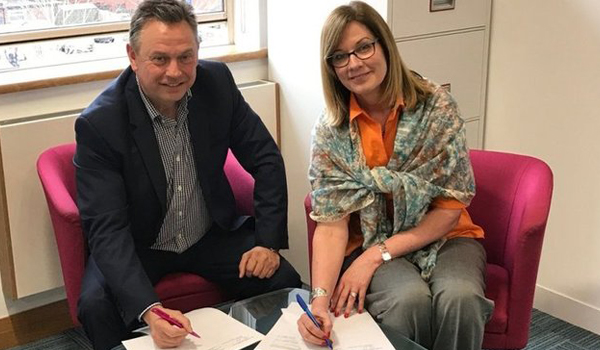