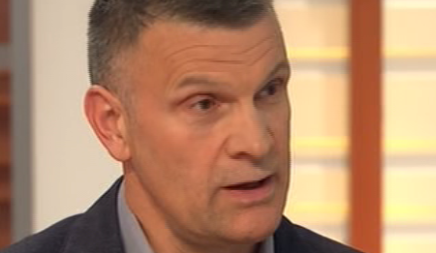 European police forces should create a specialist hub to manage future investigations into child abductions that cross international boundaries to avoid mistakes that blighted the Madeleine McCann case being repeated, a leading criminologist argues. Ten years on from the disappearance of the Leicestershire toddler, the lessons of the failed investigation have not been learned, says a senior British officer who worked on the case in Portugal. Ex-Detective Chief Superintendent Graham Hill claims the same lack of trust, co-operation and understanding continues to exist today between forces either side of The Channel. Talks on a co-ordinated approach to abduction cases were held after Madeleine went missing but they became stymied in territorial issues and European Union bureaucracy, said Dr Hill, founder and first head of Behaviour Analysis at the National Crime Agencys Child Exploitation Online Protection centre (CEOP). Suggesting were not that much further forward, Dr Hill added: Now is a good time to say enough is enough; what are we going to learn from this, or are we not going to learn anything? Are we going to walk away and say weve spent umpteen million in taxpayers money and not learnt anything? The hunt for Madeleine began on May 3, 2007 when the three-year-old went missing while on a family holiday at Praia da Luz on the Algarve. She was asleep in an apartment with her twin siblings when it is believed that she was abducted while her parents, Kate and Gerry McCann, dined with friends in the same holiday complex. The couple, now aged 49 and 48, say they will do “whatever it takes, for as long as it takes” to find their missing daughter as they applauded the Metropolitan Police Service for the real progress made over the last five years. “There is still hope that we can find Madeleine,” Mrs McCann added. Theorising by armchair experts about what might have happened to Madeleine had drowned out debate about how to respond to a similar incident in future, Dr Hill added. As head of behavioural analysis at CEOP in 2007, he was sent to the Algarve to assist the Portuguese investigation. He told The Times: I dont think they really wanted us there. The lead detectives saw our presence as an insult. It became clear we were just being told little bits of information but we were kept away from what was really happening.