Forces across the country are dealing with an increasing number of missing persons reports, especially involving those with either Alzheimers or dementia. Police Professional looks at the impact of the rising numbers and examines some of the innovative strategies being employed to deal with the issue. 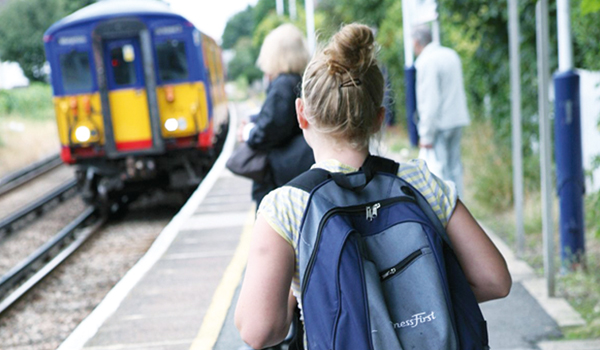 The tweet from the Lewisham borough account of the Metropolitan Police Service (MPS) went out at four minutes to midnight on Wednesday August 30, and almost immediately provoked a storm of criticism. It said: So busy dealing with the fallout from mental health issues and missing people dont have time to fight crime. Within two and a half hours, the original tweet was deleted and the @MPSLewisham account put out a new message: Busy night in #Lewisham with #missingpeople and mental health related calls. These calls are important to us and we are doing our upmost. In response to a wave of criticism, including one Twitter user questioning how the police had time to post on social media if they had none to fight crime, the MPS put out a statement: A tweet posted by @MPSLewisham @23:56hrs on Wednesday, August 30 was erroneous and did not reflect the values and work ethic of Lewisham borough or indeed the MPS. This is why it was removed. Although the original tweet lacked sensitivity and caused offence to many, it did highlight a growing issue with police forces across the country. Figures released by the National Crime Agency (NCA) earlier this year showed that more than 335,000 missing person calls were made to the police in 2015/16  an average of one call every 90 seconds. The figure was an increase of 15 per cent on the previous year. The figures also revealed that around one in every five missing persons had some form of mental health issue. According to the charity Missing People, the number of people who go missing each year has gone up across the UK. One factor behind the growing numbers is thought to be linked to improvements in recording, and increases in reporting of vulnerable people who have gone missing. Some growth may also be linked to more people being in crisis and feeling that they have no option but to run away due to the reduction in support services, such as community mental health services. While most police forces have reported a rise in the number of missing person calls they are dealing with, some have seen particularly sharp increases. For example, the Fife division of Police Scotland had to deal with 4,417 missing person reports last year, which represented a 57.8 per cent increase on the previous year. The rising trend is placing significant demand on the resources available on a day-to-day basis across the region. Superintendent Derek McEwan admitted the figure was worrying as many of the additional incidents related to people with mental health difficulties or other vulnerabilities, which needed extra attention. It has to be said that a large proportion of our work now involves missing people and looked after children, he explained. Fife has a considerable number of care homes in the county and weve got a considerable number of children who are going missing regularly  some of whom are going missing ten to 12 times a month, sometimes a week. Many of these people are genuinely at risk of harm to themselves and others, and we have to treat each of these reports seriously. It is a particular challenge for the police and its a challenge we will deal with. We will never turn a blind eye because these children need to be found. But its clear that while crime may be reducing, the demands on the police certainly are not. Detective Chief Inspector Chris Gibson of West Yorkshire Police, which has seen a 72 per cent increase in the number of missing person calls received in the past year, said: I think people are more aware now of the issue of missing people. Weve also improved the way we record missing people, so that contributes to the rising numbers. But, for us, this is a really important issue and when we identify that a vulnerable person is missing well have officers on the ground out searching in less than 15 minutes. A recent promotional video about the work of the missing persons unit at Devon and Cornwall Police and Dorset Police Alliance Operations Department revealed the two forces received more than 5,000 calls  an average of