An award-winning officer engaged in “sexual activity” with a colleague in the back of a police van after dealing with a domestic violence case last year. 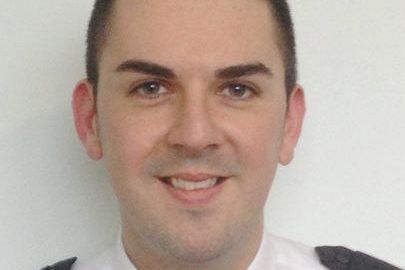 An award-winning officer engaged in “sexual activity” with a colleague in the back of a police van after dealing with a domestic violence case last year. And two days later Police Constable Christopher Frost acted “inappropriately” by touching another officer on the bottom, a misconduct panel heard. And despite being lauded as a “shining example” to others, the married Derbyshire Constabulary officer has been dismissed for his actions. The panel decided the sexual activity was instigated by PC Frost who had arranged for the female officer to be with him in the police vehicle when the pair were on patrol in October 2016. The force became aware of the allegations after comments were made during a late shift. And it ruled the bottom-touching incident was “not invited or consented to”, having taken place in public view and in the presence of other officers. It said: “She categorically told PC Frost she was not interested in having a relationship and was not attracted to him.” Mark Pickard of Derbyshire Police Federation, who represented PC Frost, said the father-of-two was truly sorry and had said nothing like this would ever happen again. As well as winning awards for his work as an officer over 12 years of service, he had also raised thousands of pounds for charity after his daughter was struck down by meningitis. Panel chairman David Tyme said the work record of the officer, who sometimes was an acting sergeant, had been a “shining example to other officers”. But he said the officer should have acted with more self control. Following the ruling, Deputy Chief Constable Gary Knighton said: We expect our officers to conduct themselves in a professional manner at all times and treat their colleagues and the public with respect. This officer failed to meet these expectations and has been dismissed after a gross misconduct panel found his actions amounted to a breach of the standards of professional behaviour.”