The Government intends to build a new legal pact with the EU covering law enforcement that “goes beyond” its existing relationship and keeps Britain committed to the security of the European continent after Brexit. 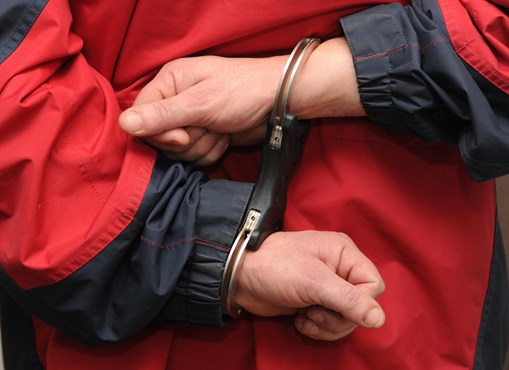 The Government intends to build a new legal pact with the EU covering law enforcement that “goes beyond” its existing relationship and keeps Britain committed to the security of the European continent after Brexit. Britain will look to agree a comprehensive new treaty that also embraces criminal justice both sides of The Channel  as well as tackling shared threats from terrorism and organised crime. In the latest future position paper, laying out the UKs vision for a deep and special partnership with the EU, Britain stresses the need to build upon and enhance the internal security cooperation that already exists. Leaving the EU will change the nature of that cooperation, but it will do little to change the threats faced or reduce the value of the UK as a security partner, formal proposals from the Department for Exiting the European Union (DExEU) revealed on Monday (September 18). A DExEU statement said: “That is why it is in both our interests to continue to work together as part of a deep and special partnership, to develop a new framework for preventing, detecting, investigating and prosecuting criminal and terrorist activity across our borders.” The latest paper calls for a comprehensive model for cooperation between the UK and EU on security, law enforcement and criminal justice  reflecting that Britains operational processes and data sharing systems are already uniquely aligned with Europe. Following the Parsons Green bomb attack, Brexit Secretary David Davis stressed the UK should “formalise security links” with the European Union to make sure the 2019 exit does not impact the fight against terrorism. Mr Davis said effective cooperation would be crucial in order to keep Britons and Europeans safe, hinting, if necessary, at Britain being prepared to pay to remain part of Europol. He said: With the shared threats facing us evolving faster than ever before, Its vital that the UK and EU maintain and strengthen the close security collaboration we currently have. “Together with the EU we have developed some of the worlds most sophisticated systems in the fight against crime  because cross-border cooperation is absolutely crucial if were to keep our citizens safe and bring criminals to justice. “That is why we want to build a new partnership with the EU that goes beyond any existing relationship it has with non-member states, so we can continue countering these cross-border threats together.” The plans maintain a new security deal is essential. The document set outs proposals to keep in place ties on security and justice between Britain and the EU that would be legally underpinned by the treaty. In the face of ever-growing and increasingly cross-border threats, Britain wants to carry on and intensify this type of collaboration and agree a new framework for continued working, the DExEU statement added. Ministers want the treaty to provide a legal basis for continued security, law enforcement and criminal justice co-operation after the UK`s departure. Whitehall officials are understood to be optimistic the plans will be agreed, and that security agencies will find other ways to keep people safe if not. The costs of the proposed new arrangements have not been spelled out. The plans, published in a government document, are described as a new, “ambitious” model of co-operation. It rejects the idea of negotiating a number of separate agreements covering each area of law enforcement. But it says it should be possible for the UK to secure an agreement with Europol that provides the same benefits as now. Officials say the new treaty would aim to replicate the provisions of the European Arrest Warrant system, but it would not necessarily mean Britain belonging to the EAW. The paper acknowledges that any new treaty will have to be underpinned by a new legal agreement, as the UK will leave the European Court of Justice when it departs from the EU. Home Secretary Amber Rudd said: “The recent terror attacks in London, Manchester and across other parts