Budgetary constraints are putting a void between frontline policing and the demands being made on officers, one of the UK`s most over-stretched forces fears. 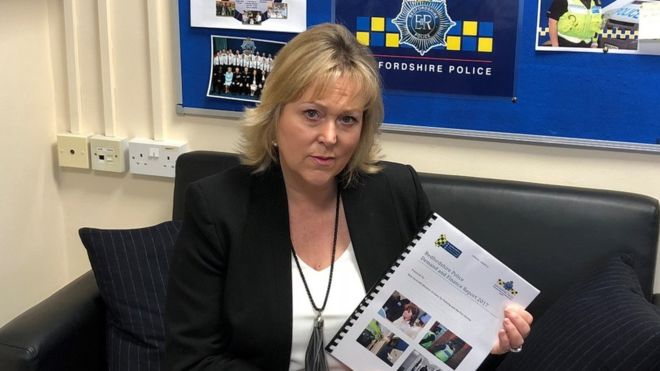 Budgetary constraints are putting a void between frontline policing and the demands being made on officers, one of the UK`s most over-stretched forces fears. Forces across England and Wales are now “experiencing” the kind of financial pressures that have existed for years for under-funded Bedfordshire Police with its future “on the line”, according to police and crime commissioner (PCC) Kathryn Holloway. The Bedfordshire PCC has told Policing and Fire Services Minister Nick Hurd the force needs £10 million funding for 300 frontline officers and 80 detectives in a submission that analyses the gap between resources and unprecedented demand. Ahead of next month`s Spending Review, she has called the Bedfordshire Police Demand and Finance Report 2017 arguably the most important document which the Force has ever sent to Government. It certainly is among the most detailed ever to be sent to a Policing Minister from the force to meet a level of demand for its services that has never been seen before, she said. The plea for additional funds comes on top of her support for Chief Constable Jon Boutcher in already seeing 96 new constables recruited in the financial year to April 1 and 100 more coming this year. Ms Holloway has told the minister the force  seen as “guarding the back door to the capital, and UK plc”  should be treated as a “special case for scrutiny given its unique situation”, adding: “I firmly believe that if this shortfall is not met, Bedfordshire Police`s future is unsustainable. “Bedfordshire Police is a force achieving miracles on its overstretched budget… it is fair to say its future is on the line.” The PCC said the force has seen an 11 per cent increase in 999 calls this year, a 16 per cent increase in 101 calls and a 24 per cent increase in calls requiring an immediate response by officers. In common with the rest of England and Wales, crime levels have also risen in Bedfordshire with a 12.2 per cent increase in overall recorded crime in the county between April and August 2017. Ms Holloway says the force, in budgetary terms, “started way behind others because of its historically low funding which no government of any political shade has ever tackled properly”. Mr Hurd is currently receiving demand and funding reports from each force after halting a review of the old national funding formula following the Manchester and London terror attacks. He was also presented with evidence of a general shortfall compared to demand on policing in a joint submission from the Association of Police and Crime Commissioners and National Police Chiefs` Council at the beginning of last month. Ms Holloway added: Bedfordshire started so far back in the race, compared with other forces, you could claim it couldnt see the grid. “We are now seeing other forces who say they`re experiencing what this countys police have had to deal with for years, with a void between the size of the frontline and the demands being made on those officers. “What makes it worse is that nobody could conceivably have predicted the rise in demand for the forces services like that experienced this year. I can prove that when Bedfordshire Police is given the money and staff it produces exemplary policing.” The PCC insists that a merger between Bedfordshire Police and the surrounding forces of Hertfordshire and Cambridgeshire would not solve the problem as the extra investment would be necessary in any case. Understandably, the taxpayers of our neighbouring counties are not about to agree to the policing they pay for being sucked into Bedfordshire, as a county, and most particularly the Luton area, which the Demand and Finance Report has proved absorbs some 40 per cent of all the force`s total policing resources, she said. A spokesperson for the Home Office said: “We have protected overall police spending in real terms since the 2015 Spending Review, with Bedfordshire Police receiving £1.8 million more in total direct resource funding in 2017/18 compared with 2015/16. “On Ma