The Mayor of London should be stripped of his powers over policing, ministers have heard.

Conservative MP for Hendon Matthew Offord claimed Sadiq Khan had “failed to protect the public”, adding: “I would ask the minister to consider removing responsibility of policing from the Mayor of London and introducing an intervention team to deliver on the first rule of elected representatives, and that is to keep the public safe.”

Home Office Policing Minister Kit Malthouse replied: “Obviously the removal of responsibility would need primary legislation, but what I hope now is that the mayor will focus on the task in hand, which is to produce an action plan to sort this out and to step into his responsibility in a way frankly I feel he has failed to do thus far.”

Earlier during the debate Mr Malthouse said that Mr Khan has been “asleep at the wheel” and he is “letting the city down”.

He said: “Over the last three years, this Government has overseen the largest funding boost for policing in a decade and we are well on the way to recruiting an extra 20,000 police officers nationally, with 2,599 already recruited by the Metropolitan Police Service (MPS), giving them the highest-ever number of officers.

“By contrast, as many Londoners will attest, the mayor has been asleep at the wheel and is letting the city down.

“Teenage homicides in London were the highest they have ever been in the last year and 23 per cent of all knife crime takes place in London, despite it having only 15 per cent of the UK population.

“The mayor must acknowledge that he has profound questions to answer. He cannot be passive and continue as he has. He must get a grip.”

“The Government supports the action that the Inspectorate (HM Inspectorate of Constabulary and Fire and Rescue Services) has taken to escalate the force into special measures and address where it is falling short.

“The public also elected a mayor to bring governance and accountability in their name. I now expect the Mayor of London as the police and crime commissioner to act swiftly to ensure that he and the force deliver improvements, win back public trust and make London streets safer.”

Mr Malthouse went on: “We expect him to provide an urgent update, explaining how he plans to fix this as soon as possible. Now, it is not the time for the mayor to distance himself from the Met. He must lean in and share responsibility for a failure of governance and the work needed to put it right.”

Shadow policing minister Sarah Jones branded the minister’s response “incredibly weak” adding it was for the “Home Office to lead” on changes to the MPS.

She said: “The announcement comes after a long list of serious conduct failures from the Metropolitan Police. The list of failings from the Inspectorate makes for grim reading and goes way beyond those more high-profile cases.

“Performance falling far short of national standards, a barely adequate standard of crime recording and the quality of basic supervision to officers. All of this has undermined public trust.”

She added: “[He] has totally failed to bring forward new guidance on strip searches that we have been calling for for months… we need a national overhaul of police training and standards, there is much to be done on leadership, we need a new vetting system.

“We need to overhaul misconduct cases with time limits on cases. We need new rules on social media use, we need robust structures for internal reporting to be made and taken seriously. We need new expected standards on support for victims, investigation of crimes and internal culture and management and this is for the Home Office to lead.” 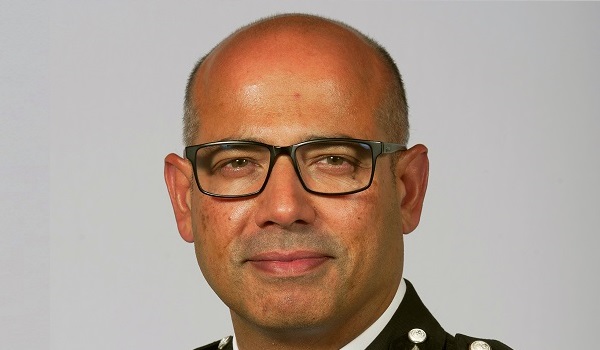