As NHS funding for mental health services continues to decline, so pressure on the police increases. Last weeks national conference on policing and mental health was an opportunity for partners to search for solutions. 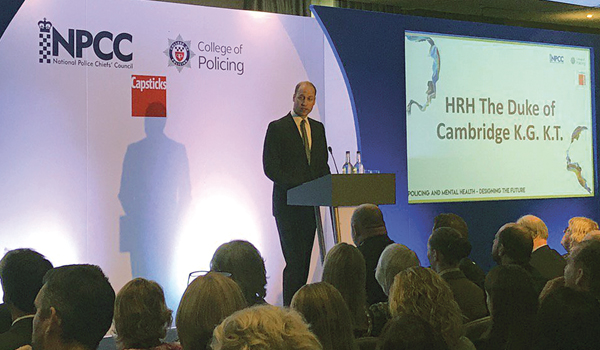 Emma McAllisters GP was deeply concerned for her wellbeing. Although she had never been violent or threatened anyone, she had been living with a variety of mental health problems for more than 30 years, including an eating disorder, depression and psychotic episodes. Ms McAllister had gone to her GP seeking help after feeling particularly low, but the doctor was unable to get hold of anyone in the crisis mental health team and felt she had no option but to call the police. When you are unwell being held in a police cell is very frightening and unhelpful. I was treated like a criminal and it can add to your feelings of paranoia, she said. When I am well I am much more frightened about becoming unwell again. I am worried about contacting anyone for help as I am frightened of the police coming to my home and taking me to a cell again. Ms McAllister shared her experiences at the second national mental health and policing conference, hosted by the National Police Chiefs Council (NPCC) and College of Policing, which took place in Oxford last week, bringing together 230 delegates from policing and the health services. Ms McAllisters experience is far from unique. In England the use of section 136 of the Mental Health Act, which allows police officers to remove someone they think is mentally disordered and in immediate need of care or control from a public place to a place of safety, increased by 18 per cent last year. Data from NHS Digital show that there has been a more than fourfold increase in use of powers to detain people under section 136 over the past decade. It quickly became clear that a recurring theme of the day would be the increasing pressure being placed on the police due to the cuts in NHS funding. The conference heard that some forces have seen a rise of one-third in calls related to mental health, averaging a 26 per cent rise in demand in the three years to 2015. At the same time, most mental health trusts have cut funding to mental health crisis teams at a time when demand for them has risen by 60 per cent. In many areas of the country, more than 50 per cent of people detained under section 136 or encountered by street triage are patients known to mental health trusts. In one control-room based model of street triage it was reported that 50 per cent of the calls received related to current mental health trust patients and a further 38 per cent were patients known in the recent past by the mental health trust and discharged  and not always because of recovery. Opening the conference, Mark Collins, chief constable of Dyfed-Powys Police and NPCC lead for mental health and policing, spoke about the challenges facing those working in frontline roles: Much of policing and mental health is not about major crisis incidents or serious adverse events; it is about the daily challenge of quietly responding to vulnerable people, often collaboratively. But the criminal justice system cannot ever be a shadow system of mental health care  nor should it try to be. The cost of prosecuting someone who has committed an offence when unwell and holding them in secure care is extremely high, both for the criminal justice system and health services. While not everything in mental health can ever be predictable or preventable, both policing and health services need to look at how we can do more to intervene early and prevent people reaching crisis point. In some areas of the country, such a crisis point may have already been reached. In London alone, the number of calls handled by the Metropolitan Police Service in which someone was concerned about a persons mental health hit a record 115,000 in the past year  on average 315 a day, or about 13 an hour. Inspector Michael Brown, mental health coordinator for the College of Policing, told the conference that police had become better at recording the data around mental health-related calls, but this alone could not account for the significant rise. The reality is that police officers are picking up the pieces due to increasing demand o