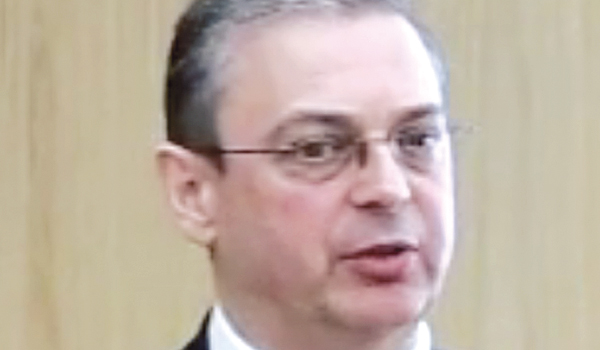 Police are capturing ever-increasing volumes of video and audio footage  from body-worn video (BWV), in-vehicle cameras and surveillance cameras, to digital recordings of interviews and contact centre communications. With hundreds of thousands of hours of video and audio being generated annually, and retention policies that often exceed years, many are looking to the cloud to cost-effectively store, manage and protect all of this content. Microsoft Azure has become one of the first hyper-scale cloud computing platforms to be able to service UK law enforcement IT customers. The announcement by Microsoft comes after one of the companys data centres was reviewed by the UKs National Police Information Risk Management Team, which ensures the storing of police information and access to it meet strict standards. The review is required by law enforcement agencies in this UK before they can move data to the cloud, as it ensures that information is held in a police approved secure facility. Microsoft has welcomed the review, adding that it would be good to see police forces joining other sectors in enjoying the benefits of the cloud. Azure is proud to be recognised in this way, said Stuart Aston, national security officer at Microsoft. It is a positive step, as we help all areas of the public and private sectors embrace cloud computing so they can cut costs and help people work more securely, efficiently and collaboratively. Microsoft is looking forward to helping law enforcement agencies on their digital transformation journey. The UKs National Police Information Risk Management Team ensures the storing of police information and access to it meet strict standards As stated by the College of Policings Authorised Professional Practice, policing is an information-led activity, and information assurance is fundamental to how the police service manages many of the challenges faced in policing today, explained Alice Rison, senior director, Microsoft Azure. Azure is proud to support these expectations through the delivery of quality and capable services expected by the UK law enforcement community. Microsoft has revealed that its Azure IoT (Internet of Things) hub is now available in its UK data centres. This service allows organisations to reliably and securely send data, such as files and messages, from the cloud to millions of internet-connected devices, and vice versa. This can help them manage devices that have no human operator; are in remote locations, where sending a member of staff is expensive; have an intermittent or slow internet connection; or have limited power or processing resources. Users can give each device its own security key to enable it connect to Azure IoT Hub, making the service very safe to use; while choosing where to route the messages you send is quick and simple. Microsoft opened its UK data centres in September last year. Since then, thousands of customers, including the Metropolitan Police Service (MPS), the Ministry of Defence and parts of the NHS and BP, have signed up to take advantage of the sites. The MPS, for example, is using Microsofts Azure cloud service to store and review millions of hours of footage filmed on officers BWV cameras. And Cambridgeshire Constabulary been using the Microsoft Azure cloud platform with mobile communications software developed by Microsoft partner Black Marble to enable police officers to enter and access information in real-time, wherever they are, using a phone, a tablet, a laptop or a desktop PC. Microsoft says that by embracing technology, police can better engage and protect citizens, while empowering their personnel to get more done  and by migrating to the cloud they can operate far more efficiently and strategically than was possible in the past. Jeff King, principal, cloud solution sales, Health and Human Services at Microsoft, says that with the new cloud-based cognitive services capabilities in Microsoft Azure, police and the courts can now leverage machine learning, artificial