Milestone for BWV deployment in UK

December marked a milestone for the Metropolitan Police Service (MPS) as it achieved the largest roll-out of body-worn video (BWV) cameras within a single organisation anywhere in the world, taking a huge step forward in bringing the capitals police force into the 21st century. 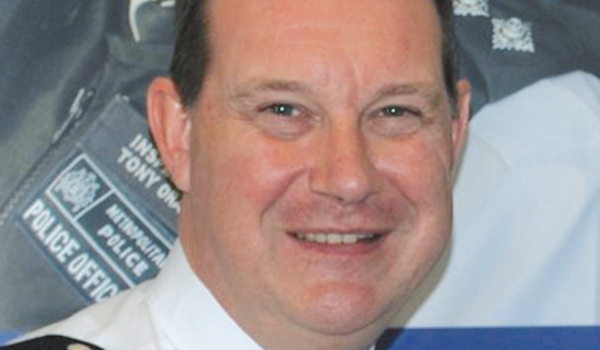 December marked a milestone for the Metropolitan Police Service (MPS) as it achieved the largest roll-out of body-worn video (BWV) cameras within a single organisation anywhere in the world, taking a huge step forward in bringing the capitals police force into the 21st century. More than 21,000 cameras were deployed to frontline officers across London during 2017, with officers from the MPSs Mounted Branch the latest to receive the technology. Commander Neil Jerome, the MPS lead for BWV, said the roll-out of the cameras was a key step in its aim to fully exploit modern technology. It is a game changer and has led to improvements across the entire spectrum of policing activity, as seen at major incidents, such as those at Westminster Bridge and London Bridge, he added. It can sometimes be difficult to articulate what officers have witnessed, but with both visual and audio capability, the footage captured at a scene can also provide additional compelling evidence. The use of cameras is helping officers to better support victims and compile additional evidence to obtain positive outcomes at court. The footage provides a documented and accurate account of the threats officers face and the split second decisions they make. They offer greater transparency for those in front of the camera as well as those behind it. The cameras have proved particularly successful in domestic abuse cases, where there has been an increase in earlier guilty pleas from offenders who know their actions have been recorded. Mr Jerome said BWV was key to delivering an effective policing service in a fast-moving and highly digital world. Cameras have already been issued to officers across the 32 London boroughs, including the Roads and Transport Policing Command, the Territorial Support Group, Marine Policing Unit, Dog Support Unit, Aviation Policing and specialist crime units. Due to the challenges of installation of the technology into heritage sites, the Royalty and Specialist Protection and Parliamentary and Diplomatic Protection Commands are anticipating they will be ready to roll-out BWV early this year, completing the deployment of 22,000 cameras. Currently, the MPS is also the only UK force digitally sharing BWV footage with the Crown Prosecution Service (CPS). Since the roll-out, officers have recorded just over 1.6 million videos and now routinely submit around 4,500 clips a month to the CPS. The force says the benefits of this have led to speedier justice and helped save valuable officer time, who are no longer required to burn footage onto multiple discs to submit footage as evidence. To date, 535,000 videos have been retained for evidential or policing purposes. While a report last year by Big Brother Watch said police forces were not collecting sufficient data to justify the benefits of BWV and that a number of trials had failed to demonstrate the advertised benefits, the MPS says their use improves its ability to fully capture and convey the nature and severity of the incidents it manages. It says this enhances the investigative quality and helps it to better protect the most vulnerable in society. It also prevents incidents unfolding by serving as a credible deterrent, while increasing transparency, accountability and learning, leading to increased confidence and trust. BWV is being used in training for new recruits, helping them to develop their personal interaction skills by reviewing footage of their role-play exercise. Sophie Linden, Deputy Mayor for Policing and Crime, said: BWV is a huge step forward in bringing our capital`s police force into the 21st century, and the roll-out of 21,000 cameras means that more officers in the Met are now benefitting from this technology than in any other organisation in the world. We have already seen the difference it is making  with thousands of video clips now being submitted each month, the cameras are increasing accountability, helping to gather better evidence and building trust and confidence in the citys policing.